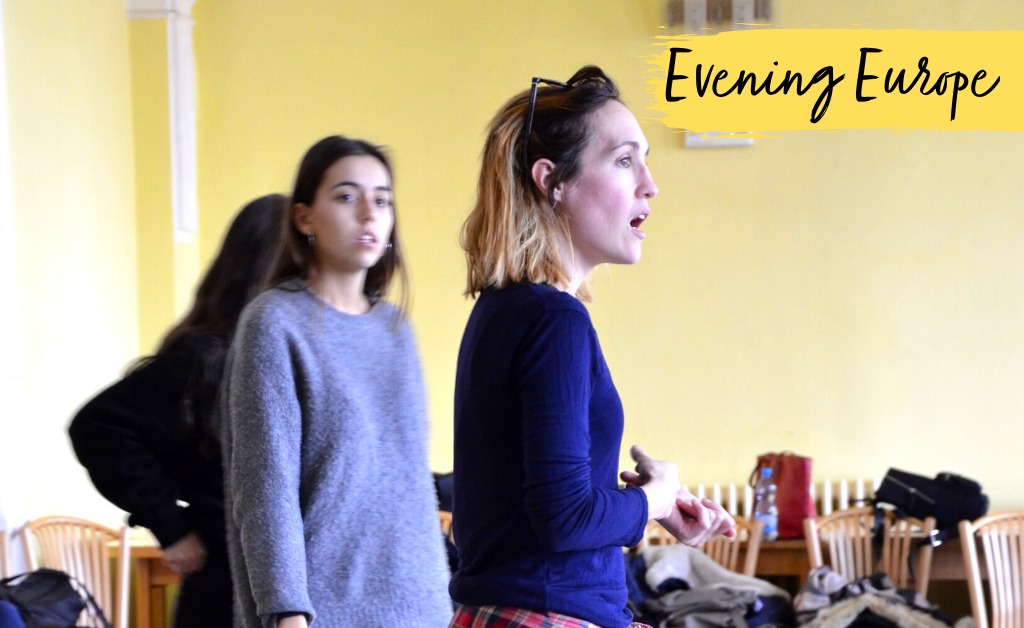 While scheduled, primarily, as an evening workshop for teachers in Europe, Theatre and English teachers globally are invited to attend.

This workshop is designed for both Theatre and English teachers interested in exploring successful strategies to bring Shakespeare alive in the classroom. Please see more details and discount information (!) under Important information.

Workshop description
This workshop will offer a number of lively and active approaches to working with Shakespearean text. It will provide ideas for bringing text to life on stage and creative ways to access and enrich appreciation of themes, characters, language and style.

Learning outcomes
Participants will:
– explore physical approaches to extracts of Shakespearean texts that can be used in the classroom and adapted for online teaching;
– explore improvisational techniques to enrich understanding of texts;
– explore vocal and physical exercises to access Shakespeare’s language and style.

How this workshop will benefit teachers in their curriculum delivery
This workshop will provide Theatre and English teachers with a practical toolkit for exploring and staging Shakespearean theatre. It will provide strategies for accessing and enriching students’ understanding and ownership of his texts as works of both literature and theatre.

Helen Abbott
I studied a BA in Acting at Royal Conservatoire of Scotland and an MA in Shakespeare and Theatre, and am now a theatre director and practitioner. I also work on new scripts as a dramaturg. I was the 2017 recipient of the John Fernald Award which led to my role as AD for Persuasion at the Royal Exchange Theatre and in 2018 I co-founded the theatre company Light Bulbs in Soil.

I love creating work, whether from scripted material or devised. I am always amazed at how a group of individuals can go from discussing a concept to performing inspirational pieces of drama that can educate and entertain. I am particularly interested in how classical work can be re-imagined for the audience of today.

For many years now I have been developing a fresh, fun and physical approach to introduce Shakespeare to new students, young or old, but also to delve much deeper, working with those already comfortable and practiced in his work. I have run workshops and masterclasses in schools and theatres around the world and have directed Shakespeare in both a traditional sense but also in unconventional, curious and experimental ways. I passionately believe that Shakespeare’s plays and text are active, we should never have to sit at a desk studying the meaning of every word or phrase in order to understand his plays. We need to feel our way through them by speaking, moving, listening, watching, dancing, laughing, reacting and above all feeling.

Help us spread the word!
Following the success of our monthly virtual PD&L workshops (attendance, engagement, professional calibre and unique methodology – not to mention impact!) we are now offering PD&L workshops to a wider audience of teachers. This workshop is aimed at both Theatre and English teachers looking for successful strategies to bring Shakespeare’s texts alive in the classroom. We would be so grateful if all ISTA teachers planning to sign up for this workshop can share the details with colleagues in your English department. And, in doing so, we are delighted to offer a 20% discount to you if you can ‘bring a colleague’ (or 2!).

The workshop will take place using the platform Zoom.
Places are limited to 20 participants per workshop.
You will receive a link to the zoom call the day before the workshop.