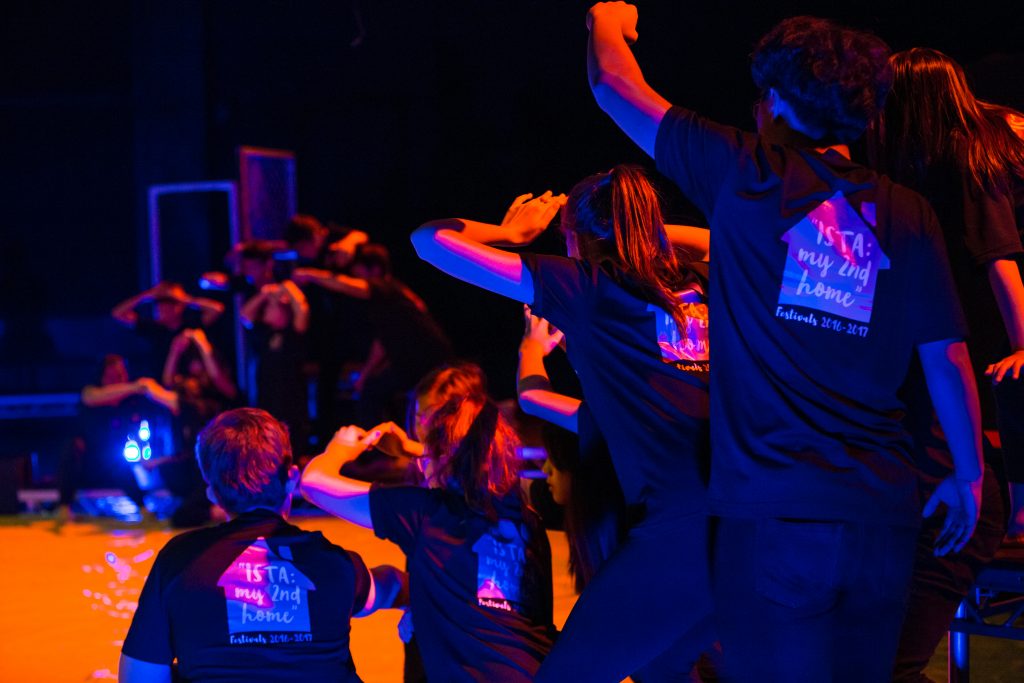 Please note this festival is for schools in the Yew Chung Education Foundation only.

Participating schools and venues
Students will gather in three city hubs, namely Hong Kong, Beijing and Shanghai. One YCIS/YWIES school in each city will act as host for other YCIS/YWIES in the same city to travel to. YCIS/YWIES schools from other cities such as Chongqing, Qingdao, Yantai, Guangzhou and Tongxiang will also be invited to attend and will either travel to one of our hub cities or take part virtually.

The hybrid model
Young people will work in the city ‘clusters’ over the course of the festival and at various stages will then connect virtually with young people in other cities to:
Learn alongside each other through workshops.
Share performance work created.

This will be a Hybrid festival. Students will work face to face with an ISTA artist in their ‘hub’ city and then connect virtually with other students and artists working in different hubs and cities.

The registration fee for the festival experience will be GBP £175.00 per student.

All participating schools will register through the ISTA website. A deposit of GBP £500 will be required at the time the festival is approved with all remaining fees coming in by December 2021 after registration.