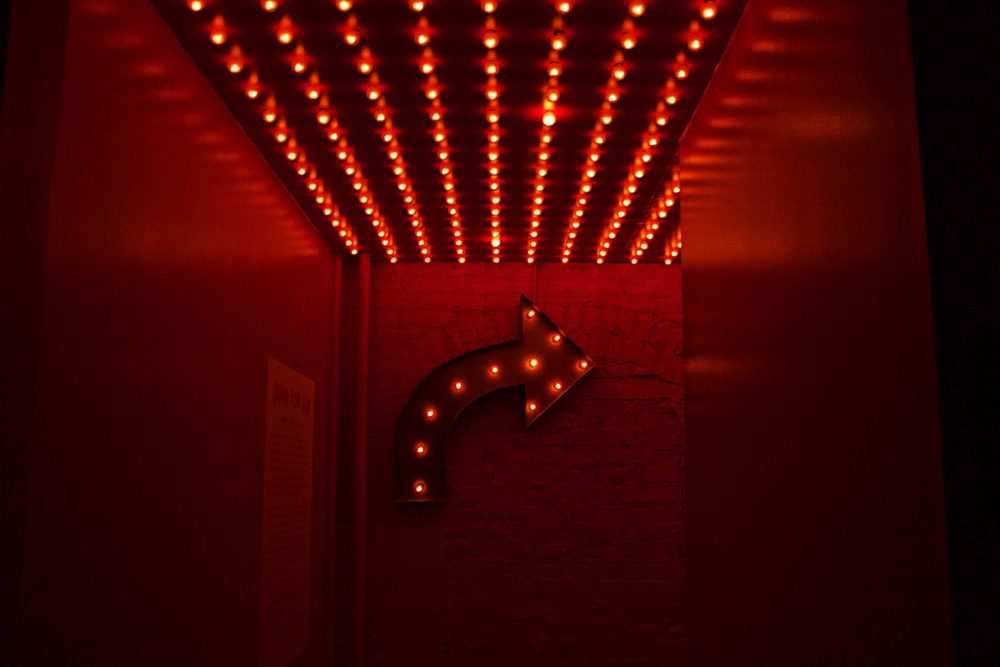 Bringing Brecht to the stage should be an act of sabotage and as such it should improvise with every available tool. This makes it loads of fun and surprisingly easy to incorporate Brechtian elements into a theatrical performance.

The word “brecht” is German for “break”, a fact I find very useful when introducing this work to students. Above all, Brecht breaks: with the political, economic and theatrical status quo, and with mute acceptance in an audience. He wanted to break his audience free from theatrical cliché, sentimentality and tired convention, to give them a new experience and a new view of the world, to entertain.

Beyond the politics and the rhetoric, Brecht was driven to enliven his performances and wake up his audience through whatever tools and techniques took his fancy at that moment, from Chinese Opera to Charlie Chaplin. Experiment, play and creativity are Brechtian approaches to a performance and students can be given great license and freedom to create their own Brechtian moments that break away from the text, the character and the mood. Here are some starting points – derived from Brecht himself, of course – but also from many other practitioners.

As simple as it seems it can be a challenge for students to take even a small pause and tremendously effective to add subtext and ambiguity and get an audience thinking. Students can experiment with and choose for themselves a place where they will pause in the middle of a dialogue. For clarity, it’s often a better choice to place the pauses not before a line but in the middle of a character’s lines, at an unnatural place, an interruption, perhaps even creating enjambment that suggests alternative meanings.

For practice with “the pause” look to the masters: Beckett and Pinter. Pinter’s short sketches are ideal for student work and Beckett’s complete theatrical ouvre can be mined for great bits. Any page from Waiting for Godot will work (and the English teachers will thank you for it) but try also the excellent monologues of Krapp and Rockaby, and the hilarity of Happy Days and Endgame as well as his many shorter and more experimental works.

I have the student actors use three types of pause:

Introspective pause: the actor stops speaking and takes a moment to think – reminisce, wonder, daydream, decide. The actor might stare into space or, more effectively I think, look anew at a familiar object or part of their body: the hand, an item of clothing, an accessory that may trigger memories etc.

Pause to look at partner: the actor takes a long, close look, either remaining neutral for eerie ambiguity or allowing something in, to develop into an emotion: a smile, sadness, a criticism etc.

Pause to look at audience: again, to really look at one or several individual audience members. A long neutral look creates ambiguity and demands thought of the audience. A knowing or revealing look can create complicity or comment on the scene. Looking from one member to another can create the unnerving question: who or what is the actor looking for?

Richard Brestoff in Great Acting Teachers and Their Methods describes the famous moment when actress Helene Weigel, playing Mother Courage, makes a silent scream as a revelatory gesture and a commentary on the action. I ask students to create a simple gesture somehow meaningful to their character, a movement that conveys an emotion or idea. It can be silent or include sound, be for the audience alone or seen and heard by fellow actors. The gesture can be repeated – like a motif or a character tic – or it can occur in isolation, at a significant moment, like Weigel’s. These are all decisions that the students can make.

Brecht loved using song to break the realism of a scene. I ask the students to think of a popular song lyric, a line or phrase from a famous song that expresses an emotion they feel toward another character, the situation, the world. It can also create a contrast and be used with irony. At a suitable moment, perhaps even the peak of the action, the student stops and breaks into that song. I encourage them to sing the song at full volume as a performance to a fellow actor or the audience, anything from a brief snatch to the full song. It can also work introspectively, even ominously, sung quietly to oneself.

It has never been clear exactly what Brecht intended with his presentational rather than representational style or whether he ever achieved it to his (or, more importantly, an audience’s) satisfaction. Rather than let that lack of clarity deter us we should take it as an invitation to invent. How can an actor present a character rather than play a character or rather do both?

I invite the students to invent one of several types of asides:

Snide aside. This is an ironic comment on the idiocy, pathetic nature or danger of the character’s immediately preceding words or actions or choices. This can take, at its simplest, the form of a knowing look or eye roll or just a quick look of shock to the audience (see above: pause to look at audience) or it could be a word, a full sentence, a rant.

Sympathetic aside. This also comments on the tragic or idiotic nature of the character’s choices but more sympathetically.

Unnecessary narration of action. This is my favourite. It’s an old improv trick and it can create a comic effect or a disconcerting one. The actor simply announces what s/he (or another character) just did or is about to do. “Now I’m going to kiss that hand.” Additional commentary can be added: “Now I am going to kiss that alabaster hand although I’m quite sure it will slap me”. This kind of aside can be expanded on to create:

Walter Mitty aside: alternate universe. Much used now in film. Just before doing an action or delivering a line, the actor can narrate an ideal or imagined sequence of often outrageous but perhaps simply romantic behaviour after which the contrasting action creates comedy. “I’m now going to seize her round the waist, rip the buttons from her bodice and spit them to the four corners of the globe so that she can never dress again!” followed by a stammered goodbye.

Question. Often a simple “WHAT?!” or “Huh?” is enough but a more complete question can be effective. Here’s an interesting challenge: in character or out of character? Both work but differently. A character can have a moment of self-doubt, self-awareness, self-pity, terror etc. Or the actor can step out of character and give full vent e.g. to her frustrations at being tied to the actions and words of one so inexorably bent on her own self-destruction. With a sigh she can step back into the character, bracing herself – and the audience – for what is to come.

Any of these interruptions, these “breaks” in dialogue or action, can provide students a way into understanding Brecht’s ground-breaking ideas but they are perhaps even more important simply as ways to encourage creativity, exploration and the breaking down of barriers and preconceptions the students have when it comes to performance and to enlivening and enriching a student’s work on stage. Even just slowing down what they are doing is often a success.

Once the students are developing these interruptions, the director’s job is one of giving feedback: how and where these are working best, what length of pause works and pushing and questioning the students to develop a greater richness of inner life and connection to the audience, the character and the other actors on stage.

Finally, the director’s job is to find rhythms and motifs that work together, editing the students’ work for timing and for how well the elements are working together as a whole. Sometimes a piece needs to move along at a brisk clip without interruption or pause. It can be difficult to ask students to give up or alter choices they have been asked to make so clarifying this important part of the directing process in advance is a good move. It is a fine balance point to strike between a collaboration for the good of the piece and students feeling disempowered and disaffected. Help the students understand what you are seeing and how the whole is shaping up for greater buy-in and be prepared to compromise so that every student feels successful and empowered.

In the end one has to remember that the purpose is not just entertainment. Perhaps even more important is the inculcation in the students of a sense of exploration, interruption, play, the complicity in a conspiracy to break, to change and to disrupt in order to invigorate and to educate. If these Brechtian principles are kept at the centre of the work from start to finish then nothing can really go wrong.

So grab a text and get brechting.

Kevin Burns has been a part of the ISTA community as a teacher, artist, host, Rep and Scene contributor for over two decades.