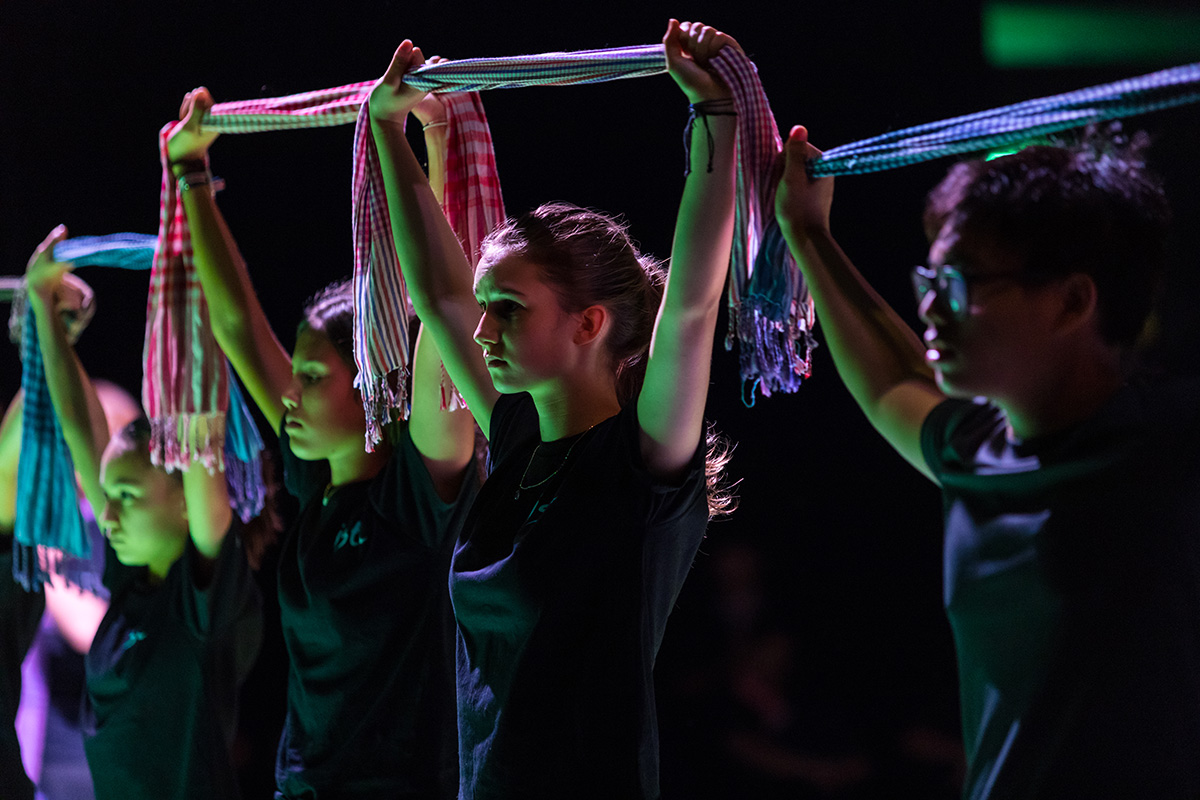 This article was first published in the April 2014 Scene issue “Resources and research”.

I have to admit it is with some sadness that I now re-visit this article I first wrote for Scene in 2014. At the time of writing, my regular class in HMP Perth was thriving. I had a strong core group and we were making one new piece of original performance each year. That same year we won a Platinum Award for our show Now You See It from the Koestler Trust with judges commenting it was among the best work they’d seen from prisoners in this field. Then in 2016 the funding ran out and the project had to come to an end. To this day I am trying to get things running again and reinstate a much loved class to a community that saw and felt its value in real ways.

All of the reasons I think this work is important remain true and I continue to observe the power and potential of devised theatre as a tool for learning and change in a prison setting. I just hope that one day I will be in position to write another article about the next phase of the work in HMP Perth.

To devise: to plan or invent (a complex procedure, system or mechanism) by careful thought.
Oxford English Dictionary

Devising theatre is essentially the process of creating something new from scratch. Its power is in its infinite possibility and the opportunity it offers individuals to experiment with ideas of content, form, structure, staging and new styles in order to “make” a brand new piece of work.

For eight years I have worked as a drama tutor in HMP Perth, during which time I have led various groups of male prisoners in the process of devising their own theatre work from their own ideas. Each group begins from the same place – with no pre-determined idea, no characters and no script – tasked to make a piece of original performance that will be shared with an invited audience. It is explained that it will be collectively authored and will belong to everyone. The result will be a collage of ideas from everyone and that the process of making this work will be as much part of the experience as the final product.

On realising that there is no script, participants new to this way of working can often question the outcome of the process expressing that they don’t know how to make a performance and feel that they would be much more comfortable being told what to do. It is a common reaction in a prison context (and indeed other contexts) and comes from an entrenched fear of getting it wrong, together with a firmly held assumption that the teacher knows best. And yet, as an arts educator with a belief that it is not possible to fail at creativity, I encourage the group to consider that the lack of pre-existing instructions can be both a strength and an opportunity. It means that what we will make together is unwritten and that whatever they find interesting, whatever they would like to explore, will come out. It means that they are the artists.

Another defining characteristic of the devised process is the emphasis on the ensemble and the importance of collaboration. The class in HMP Perth is led from the foundation that this is not a theatre of main parts or competition but instead of community and dialogue. The strength of the work they try and make together is that every voice is heard and every participant is involved in what is being created. These ideas are arguably radical within the context of a prison, for as one participant reflected after taking part in one process: “It’s a different way of behaving because in prison you need to always be looking over your shoulder”.

In this sense we are also opening the possibility of drama as a non-competitive, non-confrontational space and embedding the understanding that in order to achieve in this environment, it is necessary to work together with others and not against them.

Alongside the core values of collaboration, ownership and authorship “devising” also offers a fluidity that allows for a variety of different learning styles. Creative success is not reliant on the ability to be able to sight read large passages of text or accurately convey character but instead celebrates the qualities already present in the individual as a place to begin. This enables each member of the group to explore how they best communicate – whether it be through e.g. movement, text or music – and provides a way for each contribution to add to the overall development of a piece of original theatre.

As an artist and facilitator I believe that art is the tool that we use to reflect on our experiences and the way that we make sense of the world that we live in. It is essentially a social practice, one which connects us to other human beings and explores both what is personal and universal in all of us. It is for this reason that I remain passionately committed to the place of art within the context of prison and as part of the larger process of rehabilitation and re-integration into society. For the drama class in HMP Perth devising theatre has been a way to explore these ideas both through the action of making new work and through the radical community of practice built as a result of the creative conversation.