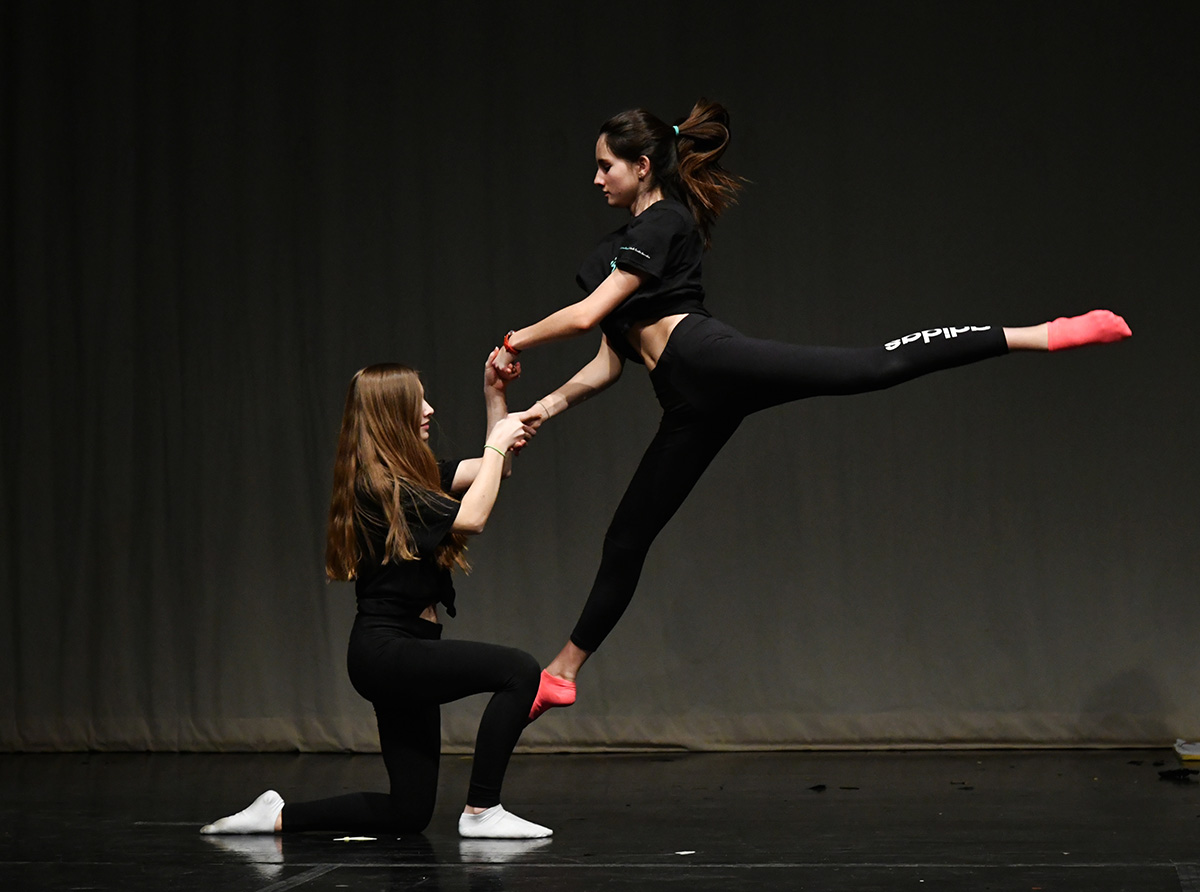 In 2017, our tri-annual publication Scene turned 15 and to mark the occasion (in the 55th issue) we had contributions from students, teachers, artists, staff, heads of school and many more who shared with us some of ISTA’s ‘best bits.’

We’re delighted to bring you a snapshot of these stories – here’s what five parents had to say about ISTA’s impact on their children.

Nora Lamy
Nicolas has been interested in performing for a long time. When we first heard of ISTA we thought that it would be an amazing opportunity for him to be a part of an organisation designed for international school students with such great teachers, management and sponsors.

During his participation in the ISTA Performing Arts Academy at the Western International School Shanghai I noticed that Nicolas became surer of himself and happier. He just blossomed. After the first course, I asked Nicolas why he liked ISTA so much. He answered that he was able to express himself without judgment. I think that this contributed tremendously to increasing his self-esteem. I think that the timing is perfect too. At 15, Nicolas is smack in the middle of adolescence and being a part of ISTA is making this complex period easier for him (and us) to handle. While he has always been a social person, being part of ISTA has pushed him even further in his ability to have empathy and understanding of others.

What has surprised me the most about his participation in the programme is his absolute love of it. I knew that he would like it but I never expected this level of commitment. He is totally dedicated to it and it is making him be a more responsible teenager as a result. We have physical, mental, emotional and spiritual components in our personalities. The arts are important to me because they allow us to express and/or to appreciate the world using all of these components. The arts are nourishment for the soul and thus make us more complete, well-rounded human beings.

I would recommend ISTA to almost all parents. Certainly to those whose children have an interest in theatre but also to those who have children in all places of the spectrum: from the very shy to the very restless. ISTA can help the shy child come out and the restless child to follow a discipline both in a safe, constructive environment.

Niamh Power
The ISTA middle school festival in Atlanta in November 2015 was an eye-opener for my son in all the best senses of the word(s)… an engaging, crucial topic: “Injustice anywhere is a threat to justice everywhere” (Martin Luther King) with a preliminary, exploratory trip to the National Centre for Civil and Human Rights, Atlanta.

He was captivated from the first moment in the small group ensembles which offered an energy, diversity and creativity that he had not previously been exposed to. The excellent ensemble leaders encouraged and mentored all the students to explore the subject in a fun, inclusive and non-judgemental manner. Transferring the learning from these workshops to the larger ensemble pieces then helped build their self-confidence both in a drama context and, more broadly, in their social interactions with peers from similar and different socio-cultural backgrounds. The opportunity to stay with a host family also positively fostered my son’s independence and offered him the opportunity to forge an ongoing friendship with another family. The whole experience has positively encouraged the development of his wider theatrical interests… and he cannot wait until his next opportunity to participate in an ISTA festival.

Kat Ngkaion
When our youngest son Zac asked if he could go to ISTA to say that we were surprised was an understatement. He had never been particularly interested in drama. ISTA wasn’t on our radar, at least not for Zac. He knew next to nothing about it other than it was fun. By his reckoning it had all the elements important for a 7th grader: his drama teacher was cool, he knew some of the kids that were auditioning and he got to skip school.

My husband and I were actually very pleased about this development. The previous year Jakarta Intercultural School hosted ISTA. Our 2nd son Angelo who had joined just about every school production since kindergarten was an ISTA volunteer. It was one of the highlights of his senior year and reaffirmed his drive to major in theatre arts. From Angelo we knew about the workshops, ensembles, exploring the host city and more. Our own research taught us how ISTA builds inquiry and leadership, and bridges diversity through collaborative experiences and performances. It was exactly the kind of opportunity we hoped our boys would explore.

My husband and I gained something too. In nurturing our four boys’ diverse passions, we unintentionally pigeonholed them by “screening” the opportunities we presented. While we told The Athletes about spring training camps and pitching clinics, we only flagged acting workshops for The Theatre Kid. We played to their strengths but we didn’t encourage exploration. Zac’s guileless, unexpected request to join ISTA was the catalyst for so much learning for him and our family. We have since started sharing opportunities without bias and with great results.

Two years after ISTA, I sat down to write this and asked Zac to share his ISTA memories. He said: “It brought out my inner awesomeness”. What a resounding testimony to the impact of that experience. I want to clarify that he is not and never has been a cocky kid. In fact he’s reserved, sometimes unsure of himself and does his best to meet expectations. His words today tell me that the affirmation and confidence he discovered at ISTA are the reserves he draws from when he leads the JV basketball team as captain, struggles with a complicated concept or just faces the daily challenges of being a teenage boy.

Zac hasn’t done theatre since and maybe he won’t choose to. That’s OK. The ISTA experience goes beyond the classroom or the stage. I know. I see this everyday with my boy, who in my totally biased opinion, is awesome inside and out.

Sandy and Derek Hill
Jodell has always been passionate about drama so when she became a secondary school student, theatre studies became her favourite subject. She was very lucky to have as her teacher Angela David who recognised Jodell’s commitment and encouraged her to experience the various aspects of the subject.

When Jodell was in grade 7 the school she was at hosted an ISTA festival that year. I remember Jodell being very excited and looked forward to meeting new friends. She enthused about the opportunity of devising theatre pieces with other children from international schools and she particularly relished working with theatre professionals in addition to the school teachers. It was the first time she had the chance to work with like-minded teenagers rather than in a regular lesson where, perhaps, some students did not have the same degree of interest in the subject.

It was an experience which she repeated again with later ISTA festivals. The next time was travelling with the excitement of visiting different countries. However, it was always the activities of the ISTA workshops which was the main focus of conversation when she returned. When it came to applying to study theatre at university she was able to refer to her experiences in support of her applications which has led her to a career in theatre. Her most challenging role was as deputy stage manager for a professional production which ran for several weeks.

ISTA does not just benefit the performers who appear on stage but also those who have an interest in the more technical side of theatre.

Totty Ellwood
You know you have invested well in your child’s education when you pick them up and on asking them how it went he says: “11/10” – would he do it again: “Definitely”!

My son was attending his second ISTA festival but this time we, Verdala International School, were the host. As a parent this was a very different experience, hosting all the students, seeing all the organisation needed and instead of dropping them off at the airport and relying on a couple of Facebook photos we got to see first-hand what an ISTA fest entails.

Our bonsai festival include four visiting schools and the theme of Beyond boarders that focused on the refugee crisis. An apt topic for these current times but also particularly appropriate for Malta and an island in the Mediterranean along a refugee pathway. Parents were given a chance to see first-hand how ISTA works with an opening flash mob performance set up by the Verdala students who invited the parents and students to walk through a soundscape of Refugee cries that chilled us as we were reminded of the challenges a refugee faces as they leave their home, friends and family forever. For many of us that is an unimaginable concept: to pack our lives up into one suitcase, to know that returning is not an option, that the future might not be better but anything must be better. As a parent who follows the news I found it empowering watching my son gain an empathetic understanding of the plight of refugees. He moved from it being a regular item on the news to a real insight into the refugee crisis. This was echoed in their final performance that we as parents had the privilege to view: a combination of emotions, frustration and the reality of the matter was combined into an ensemble performance. 3 ½ days seems such little time to pull together 80 students into something worthwhile yet it was and the seriousness of the performance resonated in us all.

Apart from an artistic performance ISTA is clearly so much more than that. Bringing together students from international schools across the globe clearly gives our children an opportunity to connect beyond their own bubble and to socialise through the hosting opportunity with other international families. My son will always be interested in drama but he came away with so much more, a social network of other like-minded people as they compared schools, systems, TOK ideas and future aspirations. This is a melting pot of promise and especially this festival felt poignant as the experiential learning element gave them food for thought that I can see will sit with them for a long time.