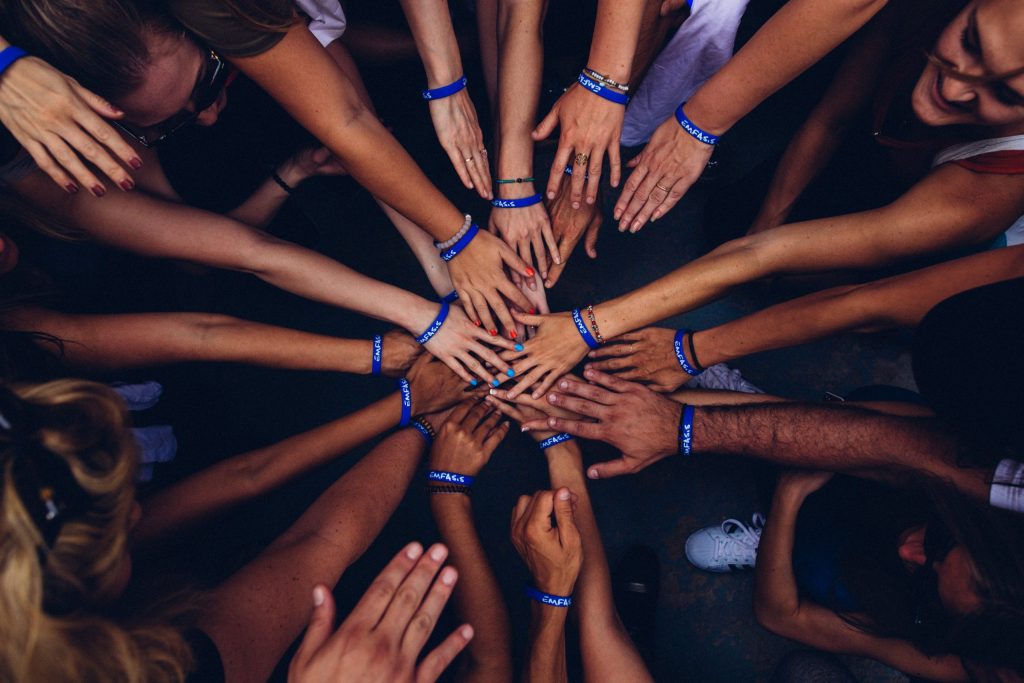 The board is bound by the Articles of Association.

The board of trustees are an unpaid, volunteer group who are collectively the legal representatives of the organisation and who are responsible for the governance of ISTA. Their role is to serve ISTA by creating vision, setting policy and ensuring the organisation has the infrastructure and staff to deliver on that vision. There are a minimum of five trustees, no maximum number is set. The trustees are located around the world and as such two face-to-face meetings are scheduled per year (each two-three days in duration) along with two-three virtual meetings throughout the year.

ISTA has an appointed board and individual members will be brought on at such a time as numbers and need dictate. The collective skill set of the board is such that the range of skills at any given time will meet the current and future needs of the organisation. ISTA began as an organisation run by teachers for teachers. Member teachers continue to be a central part of our mission statement. As such we will always maintain a minimum of two teachers on the board.

Each trustee will join the board for a four-year term of office. This term can be extended, with the support of the remaining board members for a further four-year term. An eight-year period may be extended in an emergency or at a time when it is important to maintain consistency and/or experience. Trustees will inform the chair if they are to leave at the end of their four or eight-year term; and will (except for extenuating circumstances) give six months notice if they choose to leave the board outside of the regular term of office.
There will be two positions of responsibility within the board, those of chair and vice chair.

The chairʼs role will initially be for a four-year term of office with eight years being the maximum length of time in office for this role. A one-year notice will be expected in order to ensure succession planning can be effective. The same criteria exists for the role of vice chair.

Primary responsibilities of all trustees

Ensuring proper administration and public benefit
– Trustees ensure that the charity is run in accordance with its governing document (The Articles of Association) and in compliance with charity law and all other laws and regulations affecting its remit.
– In addition to laws and regulations, all charities operate for public benefit. The trustees ensure this is adhered to.

Acting reasonably and prudently
– The law imposes a duty of care on charity trustees. This means that trustees must exercise such care and skill as is reasonable in the circumstances.
– Trustees with specific knowledge or expertise can be reasonably expected to apply this knowledge to their role as charity trustee. In these cases the duty of care is greater. – – For situations where trustees do not have the required skills or expertise, they can reasonably be expected to take professional advice.

Safeguarding and protecting charity assets
– Charity trustees carry a responsibility to safeguard the assets of the charity at all times. This includes tangible assets such as property, cash, stock and staff, as well as intangible assets such as intellectual property, brands and reputation.
– In order to safeguard the charity’s assets, trustees have a responsibility to identify and evaluate potential risks facing the charity and to mitigate those risks accordingly.

Acting collectively
– Trustees have a collective responsibility for all actions and decision making.

Avoiding conflicts of interest
– Conflicts of interest come in many forms. It could be where a trustee stands to benefit personally from a charity, or it could be where a trustee’s loyalty to another organisation affects their ability to prioritise the best interests of the charity.
– Charity law is strict in ensuring that charity trustees cannot influence decisions in their favour.

Risk management
– In order to fulfil their responsibility to safeguard the charity’s assets and activities, trustees will carry out a risk review to identify and manage potential risks. – This work is documented in ISTA’s managing risk overview and matrix.
– A statement that the trustees have complied with this law must be made in the charity’s annual report.

Reporting and accounting
– All charities must submit annual returns, annual accounts and an annual report
– Additional responsibilities are held with regard to our obligations to Companies House.
– ISTA will register with HM Revenue and Customs to be recognised for tax purposes.
– ISTA’s Finance Director manages all of the above (re reporting and accounting) and is responsible to the ED.

Policies
– Policies set out the agreed framework in which a charity operates. Some policies are required by law, others simply constitute good practice.
– A comprehensive set of policies helps to ensure a charity is managed and operated in a consistent and coherent way and that all activities are linked to the charity’s strategy and objectives.
– Current policies in place:
— Health and safety (including Safety Advisory Notes/SANs)
— Data protection
— Privacy and cookies
— Terms of website use
— Photography

Trustees benefits and liabilities
-Remuneration and reimbursed expenses
— Information is given in the Articles of Association pertaining to situations where trustees may be paid for a role within the organisation that is outside their role as trustee.
– Personal liability vs liability as charity trustee
— ISTA now carries insurance for all trustees as individuals.

Board code
All board members shall:
– Acknowledge that our member schools are our major stakeholders and as such their interests and needs inform our practice and decision making.
– Maintain a ‘children and young persons’ focus in all decision making.
– Be responsible to the institution as a whole, not a single agenda or constituency.
– Embrace the organisation’s mission and philosophy.
– Become familiar with the organisation’s Articles of Association.
– Be familiar with the operations of the organisation in general.
– Act collectively. (Authority to speak, represent, act for the board comes from the board).
– Communicate honestly, actively listen, value diversity of opinion, respect differences, remain objective and optimistic and honour board decisions.
– Avoid raising individual matters or concerns, unless broad implications are involved.

Each board member will:
– Make a unique and significant contribution to ISTA during their term.
– Take responsibility for the governance of ISTA (along with the other members of the board).
– Act as an ambassador for ISTA at all times, in their day-to-day work as well as when present at an ISTA event.
– Attend two face-to-face meetings each year.
– Be available to take part in two to three virtual meetings each year lasting no more than 90 minutes;
— it is recommended that trustees flag this commitment with their employers ahead of time.
– Attend one event per year (if practically possible) as a teacher, artist or observer.
– Be punctual on all email correspondence sent either by the chair of the board, the ED or the ED’s PA.
– Be available for consultation should an emergency situation arise.

NB: As such it is important for trustees to establish with their line managers/boss that they may need to be released from regular working duties to attend such virtual meetings. This is likely to be no more than once or twice a year but it’s advisable to be set up and established ahead of time.

– Inform the chair, if for certain periods of time, s/he is not able to be in regular communication (at periods where other professional or personal needs mean ISTA involvement would be limited, or cease to exist for a short period of time).
– Commit to a given number of projects that are pursued individually (or in collaboration with one other board member or one of ISTAʼs team members) during the course of the year. – These projects typically arise out of the strategic plan and commitment is made, at all times, with regard to personal time available. The successful completion of a small number of projects will always be seen as preferential to trustees taking on too much as to be overwhelming or unrealistic – given the demands of their full time employment.
– Give an honest appraisal of her/his role on the board on an annual basis in collaboration with other trustees.
– Read and keep up to date on the day-to-day management of the organisation through the monthly reports and end of year reports disseminated by the ED.
– Take collective responsibility for the hiring of a new ED in addition to the annual appraisal of the ED.

Job descriptions for chair and vice chair
Chair
The chair of the board will assume all the requirements cited above and in addition will:
– set dates and agenda for all trustee meetings in consultation with the ED: meetings will ideally be set one year in advance;
– chair all meetings;
– work alongside the ED on implementation of strategy and on ensuring the vision is being delivered through bi-monthly phone conversations with the ED; one face-to-face meeting with the ED;
– take the lead on resolving emergency issues should they arise;
– sign off on board meeting minutes, end of year reports and financial documents after consulting with the entire board.

Vice chair
The vice chair will be ready to take over the work of the chair, should s/he, for any given period of time be unavailable. S/he will also comprise a team of three (chair, vice chair, ED) should emergency situations arise, requiring immediate decision making.

NB: All administrative tasks (preparing agendas, sending out docs etc) will be the responsibility of the ED’s PA. The responsibility for managing the work of the trustees lies with the ED, in collaboration with the chair.

Skill set for the board of trustees
Board members will have a sound understanding (and historical involvement) with ISTA. In cases where this doesnʼt exist trustees should have a demonstrable commitment to ISTA values and the remaining board members should be able to identify a ʻfitʼ with the organisation (when trustees are brought on board as newcomers to ISTA).

All trustees must demonstrate:
– a practical commitment to ISTA values;
– output of a high calibre;
– an ability to initiate and work independently;
– international mindedness;
– an honest desire to contribute to the organisation;
– excellence in their own field.

Collectively the board of trustees will ‘hold on to’ the roots of the organisation. In this respect, along with the honorary life members, trustees are responsible for respecting the past while looking to the future and therefore maintain:
– a sense of play;
– a sense of community;
– a sense of humour;
– teacher ownership;
– the notion of events as our core;
– an emphasis on process over product;
– a constant sense of renewal and progression;
– the essence of ISTA from our founders;
– the understanding that taking risks and making mistakes balanced with providing a professional and ʻexcellentʼ service lies at the heart of ISTA;
– humility in all aspects of their work.

Once appointed, there is an induction process that will take place, prior to new trustees attending their first meeting.

Acknowledgement to Chris Bowman (Luxembourg) and Atkins Ferrie (Chartered Accountants, Cornwall) for valuable advice about and input into this document.