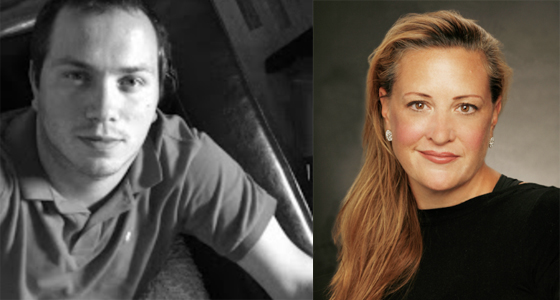 We are delighted to announce that Jillian Campana and Rob Warren have joined ISTA’s board of trustees as of 1st June.

We received so many applications from the community which was heartening. We are committed to having at least one member teacher and at least one artist on our board – so those voices can be well represented and we look forward to welcoming Rob and Jillian and looking forward to their contributions over the coming years. You can read more about them both below.

I am honoured to serve on the board of trustees for ISTA, an organisation which has been close to my heart since I attended my first festival in 1993. I have long worked as an ISTA artist and as a former IB Theatre teacher I have taken students to many events. More recently I observed the power of the ISTA creative process as I witnessed my own daughter’s growth as a result of having participated in a high school festival.

My own creative and research work focuses on how Drama and Theatre studies are used as tools to build community, social justice and identity. ISTA’s approach to education and commitment to theatre-making have been ever present in my mind while developing applied drama programmes at institutions worldwide including the Swedish rehabilitation facility Framnäs Folkhögskola—where theatre is now used as part of the rehabilitation programme for brain injury survivors, the International Justice Mission in India for victims of human and sexual trafficking and in the United States with military veterans who have PTSD. My work has been honoured at the John F. Kennedy Center in Washington D.C. and my book, Acting Successful: using performance skills in everyday life, is used as text at several universities.

In addition, I have done a TEDx talk in Mumbai, India where I ran a theatre company that focused on social, political and cross cultural work and where I taught acting in Bollywood’s Film City. I directed, wrote and produced the film The Puzzle Club and the PBS television documentary Brain Injury Survivors Talk—both of which are used globally by hospitals to help trauma survivors and their families cope post injury. I have a Bachelor of Fine Arts in Acting from California Institute of the Arts and my graduate work was completed at New York University’s Tisch School of the Arts. I hold a PhD in Theatre and the Social Sciences and I am currently a professor at the American University in Cairo where I run the theatre programme.

When I return from an ISTA event I feel rejuvenated. The energy and ideas of the brilliant students, the selflessness and imagination of the teachers and the resourcefulness and vision of the artistic and organisational staff all collide to create a perfect storm of theatre making—one that I am eager to learn from and honoured to be a part of.

ISTA has been such a huge influence on my education and professional career over the past 25 years. As an IB Diploma Theatre student back in Frankfurt, I would leave home for an ISTA TaPS conference in excited anticipation of the prospect of meeting and working with other students who thrived on the differentiated experience theatre gives for interdisciplinary learning. Whether I am a teacher workshop leader, an artistic director, ensemble leader, teacher participant or just chaperoning my own eleventh grade students to their first ISTA event, that feeling has never changed—I still feel those nerves mixed with excitement every time I head to an ISTA TaPs conference, middle or high school festival.

Currently, as director of the arts K-12 at the Atlanta International School, I work to empower our community to respond flexibly and creatively to 21st century changes in education and the integration of the arts. This leadership position reaches across all grade levels to support and develop the arts within all three of the IB curricular programmes, whilst also cultivating the Atlanta International School’s mission “to develop extraordinary individuals who will be called upon to shape the 21st century”. I am actively involved in the integration of our STEAM program, the development of interdisciplinary and project-based learning and supporting our school’s professional development—focusing on understanding learning in and through the arts through the research of Harvard Graduate School of Education’s Project Zero. In addition, providing purposeful opportunities for students to engage with the role the arts have in achieving the UN’s Sustainable Development Goals and to take action in making a difference in this world. This role has allowed me to foster educational partnerships with alumni and organisations including ISTA, SCAD and The National Center for Civil and Human Rights. I continue to be actively involved in teaching both DP and MYP Theatre. I am the principal examiner for IBDP Theatre Internal Assessment and I am on the review committee for the development of the new IBDP Theatre course to be released in 2020. I have been actively involved with ISTA since 2003 as a teacher workshop leader, student ensemble leader and artistic director.

In addition, I have also had the profound opportunity of working with Sally in bringing ISTA’s events to the North American region and developing new opportunities like our bi-annual theatre festival on civil and human rights which currently focuses on equity and inclusion.

This is the kind of experience and leadership ISTA has provided for me and one that I believe I must pass on to my students. The best teacher is discovery. The classroom is not about the teacher. It is about the student. As Lao Tzu said: “A leader is best when people barely know he exists, when his work is done, his aim fulfilled, they will say: we did it ourselves.”