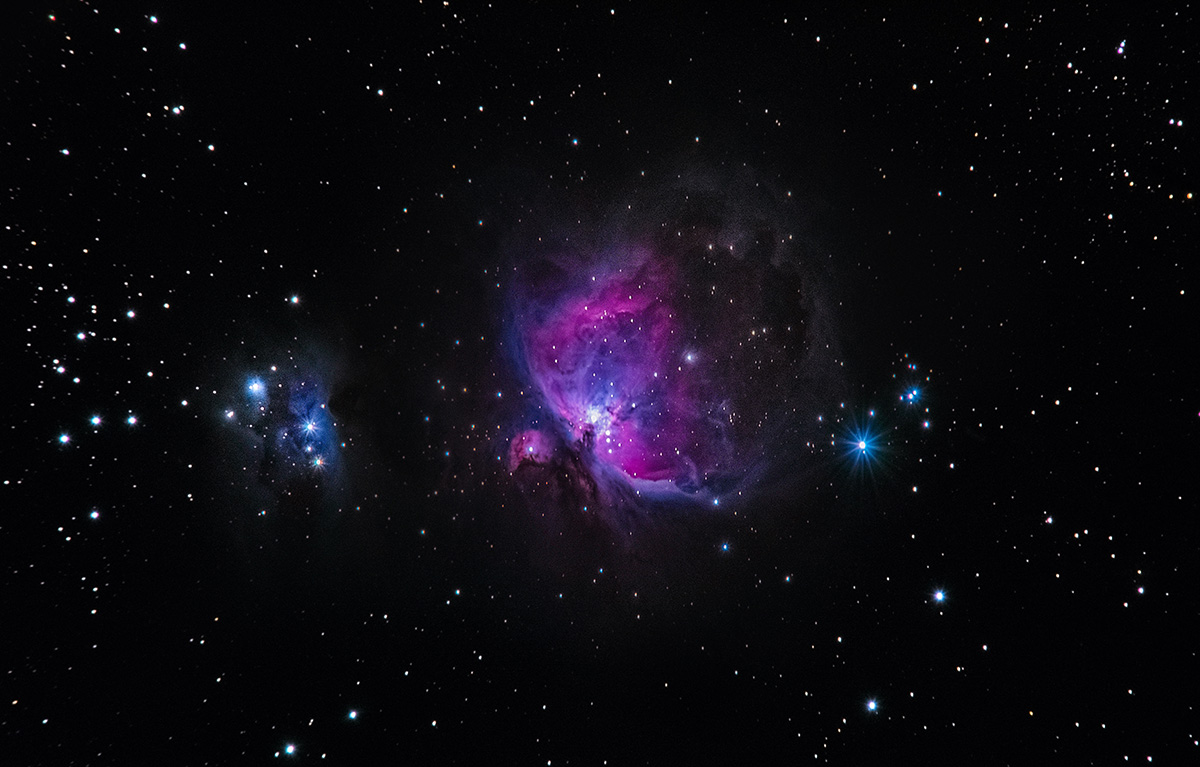 When I was in school I dreamt of the days when we would have hoverboards, transformable fighter planes and starships that could warp across galaxies. While we haven’t quite achieved warp speed yet, looking back on advances in show technology in the past twenty years, the “digital revolution” is not just here to stay, it’s already long passed and now it’s evolving into something much greater.

Nowadays “analog vs digital” is an argument for the dinosaurs. As an audio engineer the debate I often find myself taking place in is: “Which digital protocol is the best?”. We live in the age of digital networks. Even our cars are communicating with computers and satellites through digital networks. While some of us fear that the machines will someday rise and kill us all, the intercommunication of equipment via networked commands and data transfer has enabled society to achieve a level of mechanical efficiency that is getting us that much closer to warp speed and these applications in theatre technology are just as exciting.

Professional audio and lighting systems have traditionally been isolated systems. Getting them to work together harmoniously usually involves teams of humans with a strong production lead who is capable of getting audio engineers and lighting engineers to operate their systems together under one director. In fact anyone who has worked in production will tell you that just getting these people to get along can be challenging. Video systems add a whole new element to theatre as well incorporating imagery such as video recordings, animations or any other artistic digital content into a show setting. These elements need to integrate seamlessly into backdrops as well as with audio playback and lighting scenes to create polished productions.

Advances in show control in the past decade have done much to integrate these systems. A lighting control desk can now be programmed to take an audio signal from the audio desk and initiate programme commands based on the frequency modulation of the audio signal. The real world example here would be the kick drum in a music track triggering light flashes. By reacting to the sound of the kick, the lighting desk can flash the lights totally in sync without the lighting operator trying their best to hit a button on the desk in beat with the music.

Another example is timecode, which is a staple in the television broadcast world, but is now being seen more and more in theatre and concerts. Timecode is an electrical signal used to sync audio, lighting and video cues to a single timeline so that everything happens at the right time. Audio tracks, video files, and lighting scenes can be cued to play automatically when the show hits a certain point in the timeline. In fact, in theatre productions that involve moving stage mechanics, timecode is used to ensure that machines on stage move and stop at the right time and that there are no surprises. Timecode is even used to sync timers backstage so that artists and stage managers alike know exactly when something is supposed to happen onstage. Digital networks take all of this a step further by allowing theatre designers and engineers to integrate these signals together within a digital domain, allowing for further control possibilities.

Although audio, lighting and video are separate fields in the world of theatre-tech, digital networks already exist within each of these realms. For instance Dante, an audio network protocol developed by Audinate, allows hundreds of channels of audio to be transmitted from the stage to the audio control console via a standard network cable. A Dante-enabled audio desk simply needs to connect to the audio network and the operator is instantly able to pick and choose from all of the inputs and outputs connected to the audio network. Additional devices, such as a monitor console for a band or a separate recording console, are easily added by plugging into the network router. Even a computer with the right software can be told to transmit audio signals to and from the audio network via its standard network port, the same you would connect your network router to at home.

Likewise, lighting control can now be digitally networked using standard computer network infrastructure. Using special network protocols, digital information can now be sent both ways between a lighting console and a fixture. These can be used to build a lighting system that can not only be controlled by a console or computer but also transmit back real-time information to the operator about the status of the lights. With the power of the world’s largest network, the internet, a lighting engineer doesn’t even need to be in the same room, or even the same city, to see the status of their lighting rig. Lighting systems can even use network protocols to control individual pixels on a LED panel. Known as “pixel mapping” this type of control opens up a world of creative control not previously available using standard analog control.

Video rigs are probably the most complex show systems due to the multifaceted nature of video technology. By combining light, physics and number-crunching computers, video engineers can produce visuals far beyond what typical lighting rigs and scene backdrops can do. Projectors can be “mapped” to project onto uneven surfaces and shapes. Video files can be edited and sequenced to create a flow of visuals that can be incorporated into the background of a scene. The same stage backdrop could be made to appear as a wall in one scene and a forest in the next. Projectors can even be used in tandem with actors and actresses creating “magic” effects such as lightning shooting out of one’s fingertips, walking through flowing water or even the illusion of flying.

Video networks are also more complex than their audio and lighting counterparts. Various computers on a video network perform different functions such as mapping, blending and playback. These computers send and receive data to each display device and can even send trigger commands to audio and lighting devices. All the computers on the video network are usually controlled by one main computer or video control device. However, with the exception of remote control signals, the data transfer between a computer and a display device requires significantly more bandwidth than audio or lighting and usually needs to be distributed through special equipment.

All of this technology is currently being used in television broadcast studios, art installations, concert halls and touring theatrical shows all over the world. Digital networking can substantially decrease cable infrastructure and integrate various control and routing devices in audio systems. It can also enable remote control and remote monitoring in lighting systems. It can even sync video devices together with audio and lighting to create audiovisual systems that can trigger audio playback or lighting cues. So what is in store for us in the future of digital networking?

Audio, lighting and video all utilise the same network infrastructure to communicate to each of their prospective devices so why do we not have one “show network”? Well, there are complications. First of all, being traditionally isolated systems, each data distribution protocol is different. Furthermore, the IT experience required to manage multiple protocol systems in a show environment where technical failure is not an option, far surpasses that of your average system administer. Finally, there is a fundamental desire in each perspective field to keep the fields separate, which I personally understand. I love my job as an audio engineer and it could be said that show networks and integrated systems may someday take my job away. However, I don’t worry about this too much – the machines are not going to rise and kill us all just yet.

Professional audio, lighting, and video systems are all amazing examples of technology that continue to innovate and improve over time but the skills required to operate these systems and use them in ways to create something that can amaze people are crafts. An audio engineer uses their ears to mix voices, instruments and recordings together in ways that add dynamic elements to a show. A lighting engineer uses their eyes to create light programmes that make us feel the emotions of a scene. A video engineer uses physics to integrate images into backdrops to make visuals that cannot be made with a paintbrush, creating in reality what could previously only be imagined. All of these skills are crafted by humans and are a reminder that talent and creativity are still the soul of any production. While there will eventually be one giant network that will connect every device imaginable to a centralised core, managing all data regardless of whether it is audio, lighting or video, it will still take the right people to use these tools to create art even when we finally do discover warp speed. If anything, the digitisation of theatre has created a new and indispensable member of the theatre tech crew: the IT engineer.

Computer geeks now have their rightful place among audio, lighting and video engineers, and they will be our first line of defence when the machines rise…