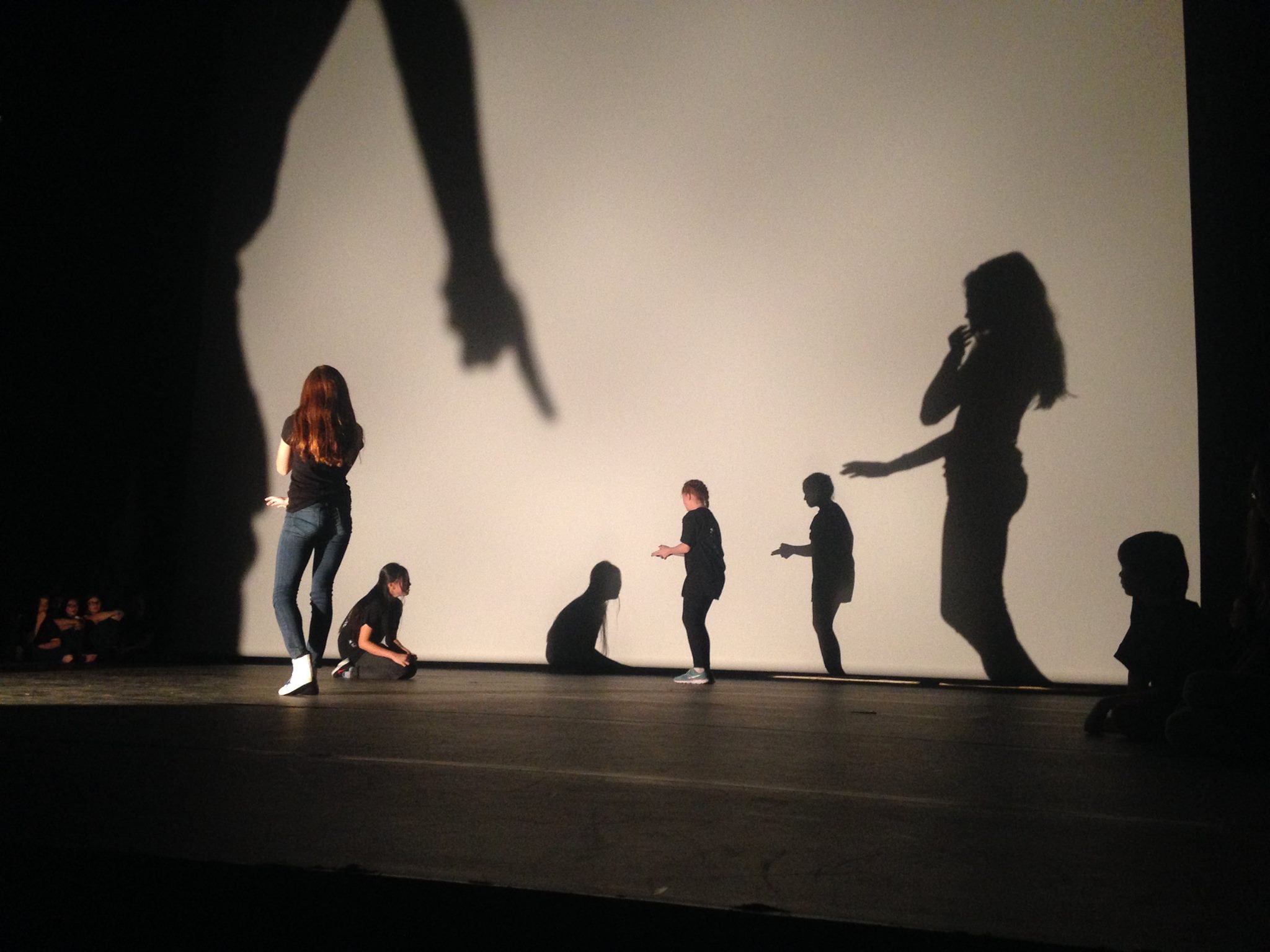 By Jonothan Neelands, patron of ISTA

However big or small, rich or poor, every school has a theatre at its heart. A space that gathers us together as students, teachers and parents but also as citizens, as a living community. A space which encourages public participation in cultural activities that are as social, civic, even spiritual as they are part of the formal curriculum. These are spaces of assembly, prayer, sporting events, celebration, debate, invention and remembrance. They are all in one sense or another “theatres”; places of social communion and performance.

They are also spaces for the living art form of theatre – the most sociable art – to flourish as part of the life of the school. As part of its commitment to the role of the performing arts in a community as well as to the development of young people as effective, caring, thinking, socially engaged and globally-minded individuals. Developing the artistic skills and knowledge of actors, directors and designers also develops students’ capacities to be social actors making a difference on the worlds in which they are growing and must influence. Giving them the confidence, empathy and higher levels of social and emotional intelligence to be tomorrow’s leaders in whatever life they choose. Nicola Mendelsohn, Vice President of Facebook says this of her own drama education:

What does studying drama teach you? I learned dedication, the value of hard work and of approaching the task in hand with a clear purpose and full attention. I learned the ability to communicate with passion and confidence and to believe in myself. All necessary skills when working with people and looking to inspire others to get the best out of them – so important, whether you decide to be an actor, a businesswoman, a scientist or an engineer.

Every society and every culture has public spaces for theatre even though the form theatre takes will be different. Studying, experiencing and embodying these rich differences in tradition, style and purpose is one important way in which students come to experience other cultures through their characteristic forms of expression. There is a proud insistence on engaging with local and global performance traditions in ISTA schools, so that the great Western canon of historical and new works can be placed in a larger frame.

The arts, and particularly the performing arts, give us insights into how others express their humanity and uniqueness. In turn they provide us with the means to express who we are and who we are becoming. They are, both within schools and the wider society, a form of “soft power” that encourages international dialogue, respect for differences and a common concern for humanity. In a troubled world, the arts have the capacity to remind us that we are all humans struggling to share a vulnerable world together.

What the Nigerian poet Ben Okri says of poetry is as true of theatre and other arts:

Heaven knows we need poetry now more than ever. We need the awkward truth of poetry. In a world of contending guns, the argument of bombs and the madness of believing that only our side, our religion, our politics is right – we need a voice that speaks to the highest in us. We need the voice that speaks to our doubts, our fears and to all the unsuspected dimensions that make us both human and beings touched by the whisperings of the stars.

Archaeological discoveries reveal that the earliest Western theatres were created in the Demes or neighbourhoods of 6th and 5th century BC Athens. Like school theatres, they were local community spaces for performances, debates and other gatherings of public life. They are now understood to have been essential to the development of the Athenian model of democracy; theatre had a political as well as an artistic purpose. Theatre publicly questioned, agitated, provoked, entertained, mocked and proposed alternative ways of living together in freedom and equality. Good school theatre often continues this tradition, sometimes celebrating, sometimes disturbing, sometimes entertaining, sometimes edgy and uncomfortable. But always causing us to reflect on the world beyond the school gates and our place in it.

Good teachers of theatre know that trust, respect and close attention to the needs of their students are more effective pedagogical tools than coercion, fear and direct instruction.

Beyond performance the circle is the characteristic shape of a good drama class. It provides the illusion at least that all present are equal and equally entitled to speak, act, be heard, share their imaginings and sometimes their fears. The empty space in the middle of the circle is always full of potential for both artistic and social inter-action.

Research funded by the European Union shows that students of theatre and drama are more tolerant towards minorities and foreigners, more active citizens, more empathetic and more able to change their perspective. These are essential qualities for our times and they are also embedded of course in the IB values that may tend to be marginalised in some subjects but which are at the core of an education in theatre.

Learning in a drama class is always embodied, physical, intensely felt. The otherwise abstract concept of empathy – the willingness to see and experience the world as others live it – is made real through the active processes of researching and becoming characters. Inhabiting lives, situations and contexts that may be both strange and yet familiar at a human level. The capacity to empathise with and for others who may be different from ourselves, is a key democratic necessity and theatre both in performance and in rehearsal is the perfect opportunity for learning and practising it. Together.

A theatre performance can never be a solo activity. It is not like poetry, music or visual art in this respect. Its performances require audiences of course but also actors working in disciplined harmony, writers, directors, technologists etc. It is a socially made and witnessed art. The drama class lays the foundations for the artistic solidarity and social sensitivity needed for performance. It is here that a good theatre teacher lays down the basic principles of ensemble learning and living together. At its best the drama class will mirror the characteristics of the professional ensemble, described here by the RSC actor Geoffrey Streatfield:

Our ever growing trust enables us to experiment, improvise and rework on the floor with an astonishing freedom and confidence. This ensemble is a secure environment without ever being a comfort zone. All of us are continually challenging ourselves and being inspired by those around us to reach new levels in all aspects of our work.

As Nicola Mendelsohn reminded us earlier, the personal and ensemble skills that are developed through an education in drama and theatre are now highly prized both in the economy and in the wider society. She is VP of Facebook, an iconic digital-creative organisation in a rapidly expanding creative age. A new age with an insatiable appetite for young people who are creative, innovative and enterprising in all areas of the economy and in society. Well-taught theatre students create, invent, communicate well and understand how to contribute to a team.

These are all essential assets to the economy but also to the broader world. In addition theatre students are also often critical, argumentative, sometimes quirky and have strong emotional ties to each other and the world. Progress in global-relations, the environment, society and the economy requires human creativity and criticality, empathy and invention as much as new uses of technology that sustain the planet.

In any case we live in an age where young creative people are beginning to see the patterns and connections that interlink many of the world’s problems. As Shakespeare and dramatists from many cultures have demonstrated, theatre and literature help us to see and feel these connections at personal, social, international and epic levels. To hear the whispering of the stars. Making new connections between problems rather than seeing each in isolation will be crucial; theatre does this.

Theatre and other arts are essential to the creative age – both by critically and passionately “mirroring” through plays and performances, who we are and who we are becoming and for developing the artistic skills and mind-sets needed to transform the world.

Go now and sit in your school’s “theatre”. The creative age beckons! This is where the change begins, where there will be theatre to see, make, experience, create for these young people. This “theatre” will be both artistic and social in its purpose. It’s where young people will learn to be creative, to enjoy dialogue and to encourage creativity in others. It’s what theatre/s are for! It’s an empty space waiting to be filled.