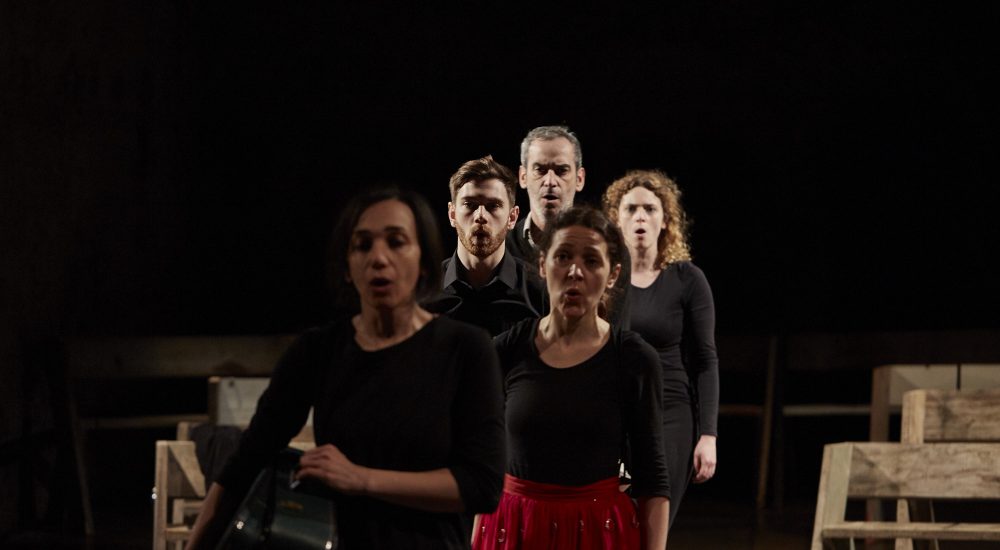 As a practitioner I have facilitated workshops in various settings from Key Stage 1 (age 5-7) to post-graduate higher education, within Special Educational Needs (SEN) schools and all-male groups from local communities, every mix of society. That’s the power of theatre and drama, that everyone can access it at different levels.

My work with Graeae led me to facilitate workshops for two projects alongside their UK tour of performances; This is Not For You, which was a series of three day intensive workshop with Key Stage 3 students (age 13-14) culminating in a 25-minute devised performance exploring disability in relation to the centenary of WW1; and What Connects Us? which was a series of age 16+ community workshops exploring themes of mental health, suicide and disability in relation to the play One Under.

I’m an associate artist of Invisible Flash, a company that ‘tells great stories simply, by and for visually impaired people’. I have taken on many roles over the years including:

As a performer in the UK tour of Maddy & The Invisible Band of Groovers and I co-facilitated accessible workshops to visually-impaired students and students with additional complex needs at Key Stage 2 (autumn 2016).

As director and performer of Zoom! with a London and south east tour. Performances were followed by workshops in mainstream and SEN schools where KS1 students created short stories with disabled protagonists (autumn 2017 and spring 2018).

As a performer in The Blind Traveller, the first stage of research, development and devising process of a new performance exploring travelling as a blind person today vs the experience of James Holman, the first – recorded – blind traveller to circumnavigate the world (summer 2018).