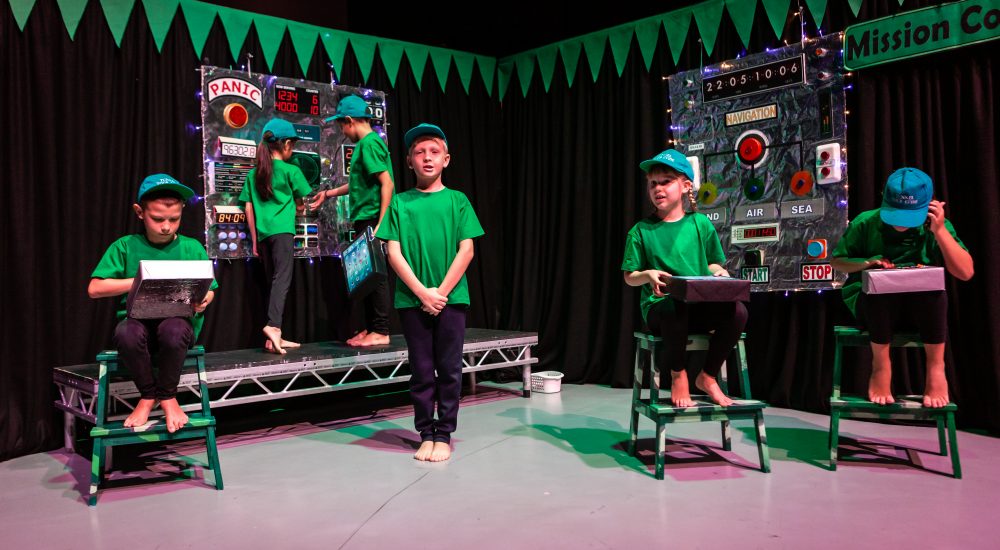 ISTA AiRs have become one of the highlights of my work in recent years, mainly due to the collaborations and developments which have occurred as a result of strengthening relationships between myself and the teachers and schools involved.

The longest standing and most successful of these collaborations are with Theresa Chapman at Tanglin Trust School, Singapore which proves the value and endless possibilities of AiR and how they have grown over the years.

The first step on the adventure was meeting Theresa at a primary school festival in Singapore. I delivered a puppetry workshop for teachers at the event and she seemed to like what I had done and invited me for a week of AiR. This was a more ‘usual’ AiR week as I spent it teaching many of Theresa’s drama classes, providing a different voice and way of working and allowing Theresa to watch how her students were engaging – a rare, but vital, opportunity.

Whilst touring the school that week I was shown the new Play Space in the Year 3 unit. An empty classroom; a carpeted, curtained off blank canvas with the prospect of using it for play – an element of the KS1 curriculum which is sadly often entirely removed in KS2 classrooms.

Brilliantly, the then Head of Year had acknowledged this and was keen to incorporate it into the learning. At the time, the year group’s topic was Roald Dahl and the school’s incredible art faculty had built a giant peach which the children could go inside. However their play lacked focus and students were becoming quickly bored. Asked if I had any thoughts, my verbal diarrhoea kicked in and I launched into ‘Ooh well you could…’.