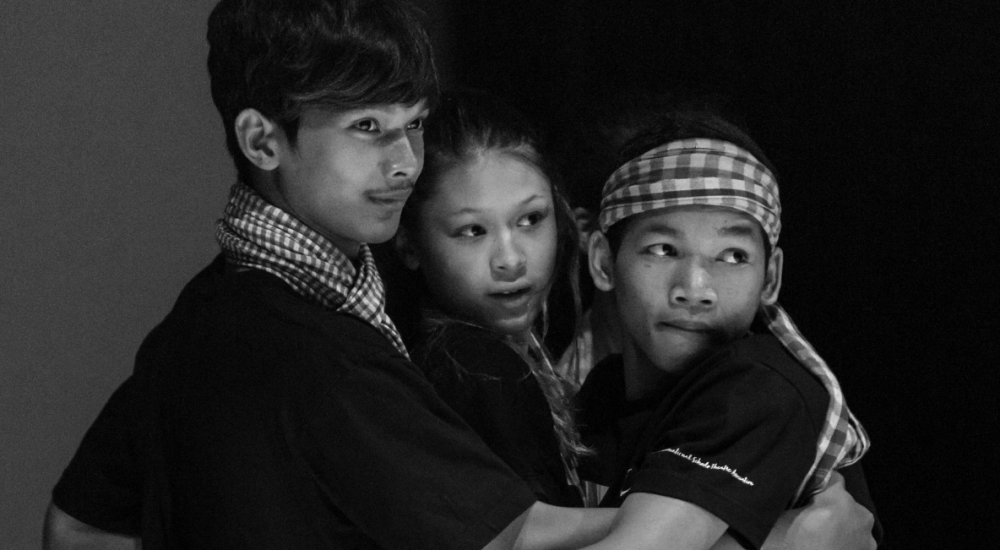 The five ensemble pieces expressed what had happened during the Khmer Rouge with the deepest respect, beauty and even at times absurd humour, successfully tying it all together with a strong message of optimism for the future.

How do I begin to start putting down in words the magic of what happened at ISPP at the ISTA Connect festival? I am going to attempt to boil the experience down to the essence—to the connections I observed and experienced.

Nearly two years prior to the festival, Keriann and I had met to discuss and plan the festival. I have heard so much about the Terezin festival and was inspired by the idea of a place and its history being the starting point. I was keen on this festival to not be entirely focussed on the Khmer Rouge, on the past. I wanted there to be an optimistic outlook. How can a nation recover, learn from and move on? What are the positive effects of power (not just the oppressive ones)? This is where the inclusion of Phare Circus and Epic Arts came in. They would perfectly showcase the power of the arts and the incredible talent that is emerging from a country where one generation before had lost the majority of its academics and creative talent?

Connection 1 – Past with present / festival with host country.
All Connect festivals invite young people from the host country to participate; usually they are from NGOs or orphanages that the school already has connections with. I felt very strongly from the beginning that the local students who would most benefit from participating in this festival would be students from Phare (dance, theatre and circus).