I think all of us who have devoted ourselves to this art form believe the answer to this question is ‘Yes’.

There have been a handful of productions I’ve seen or been involved in the last 40+ years which have fundamentally changed my view of what Theatre is capable of accomplishing. David Glass’ Requiem for Change is one of those shows that has developed meaning for me beyond the pages of text, the costumes and the lights – it tells a story that speaks directly to the heart and I was lucky enough to be able to develop this piece for a high school production I recently produced at my school, Singapore American School. 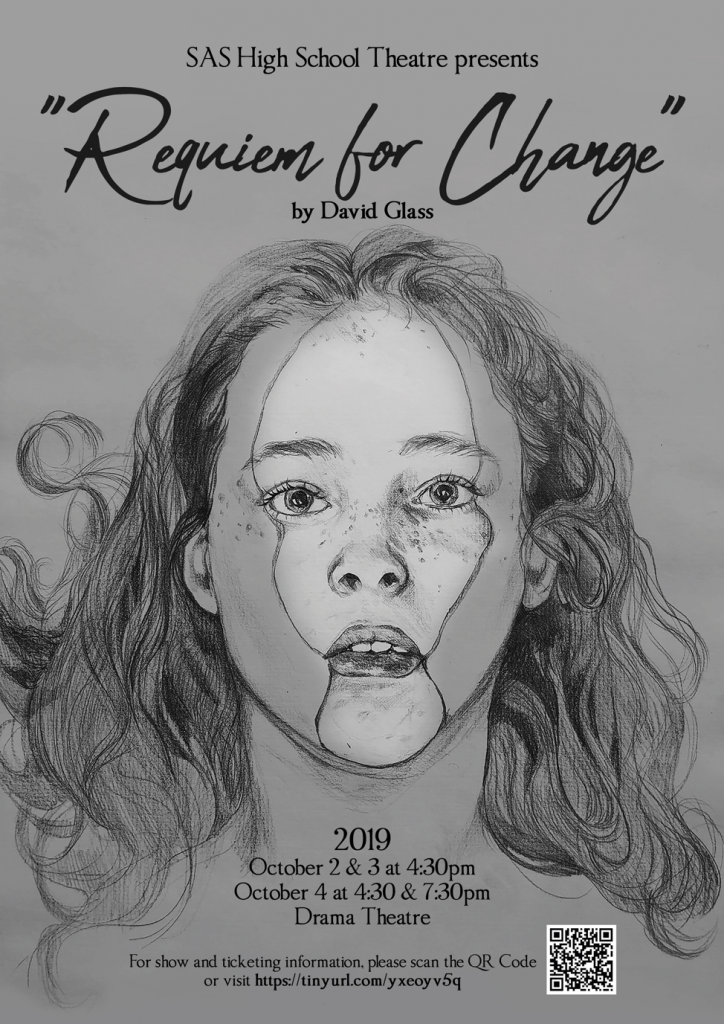 Requiem for Change tells the story of humankind through the history of one family. Klein is an investigative journalist researching capitalism’s effect on climate change, while her sister Naomi is a reclusive cellist who is battling nature to become pregnant. Naomi’s husband, Mahler is struggling to write a requiem to be performed at the close of the World Climate Change Summit in November 2016. Requiem moves across fragments of time – from the liberation of the Nazi concentration camps in 1945, to the story of Gaia, Naomi and Mahler’s young daughter in today’s world and into the future. It chronicles the biggest global undertaking ever envisaged and enacted by human beings: to save the planet and ourselves.

One of the great pleasures of living in Singapore these past nine years has been discovering, making friends and creating partnerships with local Singaporean theatre artists. It was one such connection which led to me La Salle College for the Arts and their production of Requiem directed by David Glass in November of 2019.