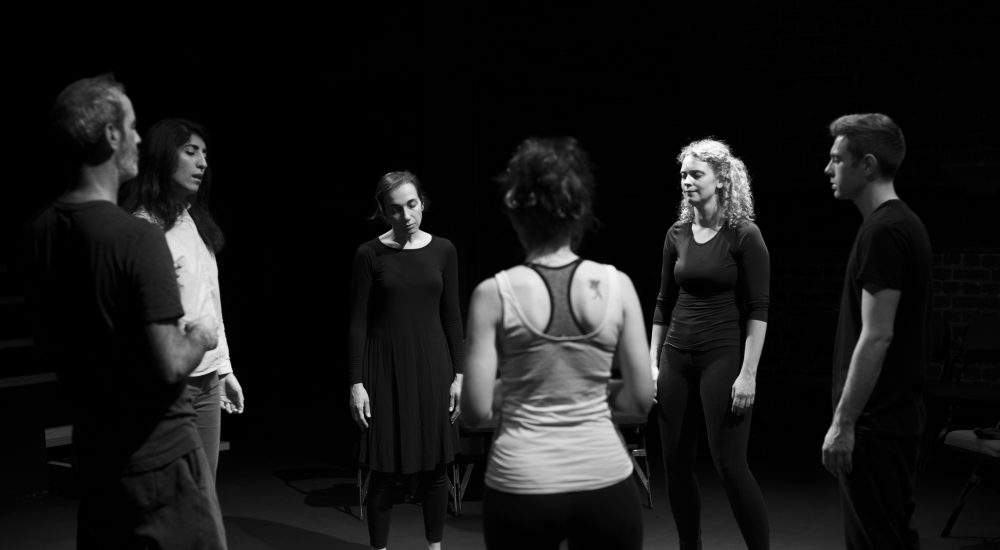 Seemia Theatre, an international ensemble from Argentina, Iran and the United Kingdom, create devised performances fusing physical theatre and folk music. When we began meeting for weekly rehearsals – every Monday for four hours in a dark October in 2015 – we thought: ‘We’ll have a show by April 2016’. We were enthusiastic and driven but this was the first time we had worked independently after 8 months of training together with Song of the Goat Theatre, and our excitement and naivety may have got the better of us. It took just under two years until we premiered Evros: The Crossing River at the Camden Fringe Festival in London in August 2017. But it wasn’t until we were into our third year of developing – and performing – Evros that we felt we were diving deep into these stories before. Between being programmed at Camden Fringe Festival 2017 to then an international tour in autumn 2019, we would go back to the studio to re-work the dramaturgy and characters, even devising whole new scenes. Finally, we had it in place.

With traditional text based theatre, the writing is hidden, quite often behind closed doors, with invited audiences and rehearsed readings, until its big day. Countless drafts later – I suppose the same goes for devised theatre – but our blank pages are rehearsal studios, and our ink is the ensemble and their bodies, the words are the performers movements and music.