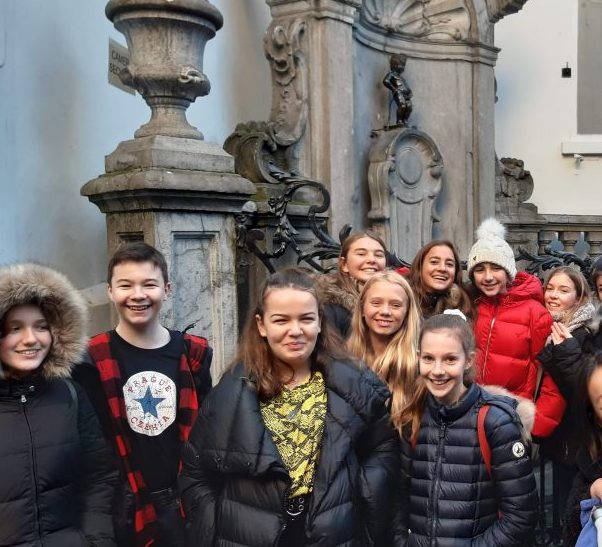 Samuel Kidd had heard his mother speak about her ISTA experiences for years. After all Debbie has run so many workshops and been artistic director and SEL at numerous events it was only natural that Sam wanted to experience what ISTA really was and why it was so special for his mum. He had seen the photos, heard what the students were learning, heard stories of the homestay experiences and about the amazing places they were travelling – and he wanted in on the action. Here are three perspectives of how one young student took a risk and has become an honorary member of a school he does not attend and friend for life with students at the American International School of Budapest (AISB).

‘Having Sam join our group was so much fun and special because he was the only one from his school.’ 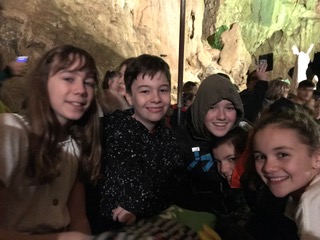 Samuel Kidd – the risk taking kid
When I first went to Leipzig in May 2018 I had no idea what would await me. I remember feeling a mixture of excitement and terror – what if I didn’t make friends? What would living with a host family be like? But when I got there and was immediately greeted with kindness and new friends and experiences, I felt as though that was where I belonged. Everyone from Matt Baker, my ensemble leader, to the staff at the host school welcomed me with a smile. I remember standing in the dinner queue on my own at the end of the first ensemble, not knowing where to sit (and praying my mum wouldn’t come and make me sit with her) and then suddenly Chilla Tamas from American International School of Budapest (AISB) came over and said: ‘Sam, we’ve saved you a seat with us!