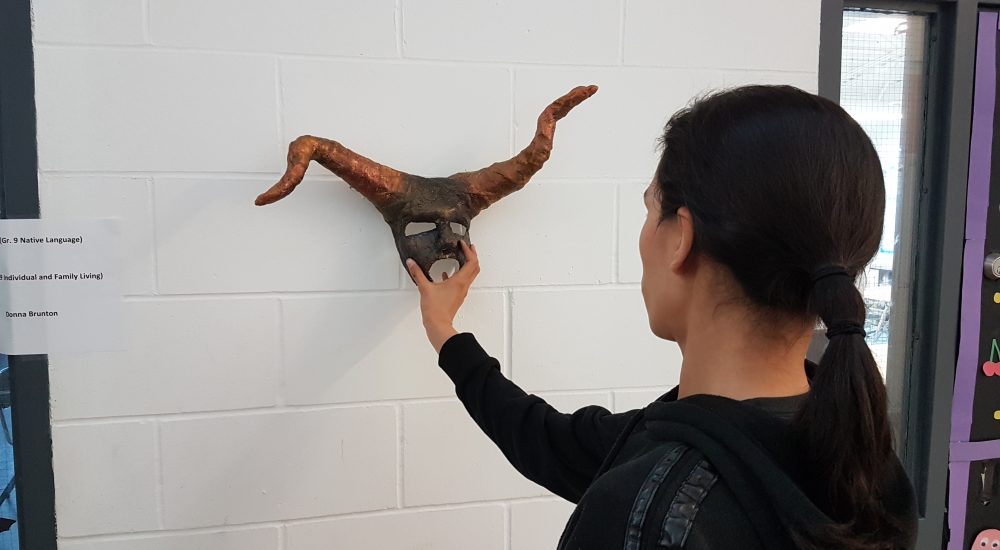 Perimeter Airways terminal in Winnipeg is a dingy den with mostly stoop-shouldered elders and unfettered children enjoying last-minute sprints amongst the waiting passengers before they are tethered to tiny seats on the bush planes heading into the northern wilderness. Hydro and other construction workers, doctors, nurses (almost always white, with a sprinkling of immigrants of colour like myself) are also crowded confidently around faux leather settees that are too low for anyone’s comfort. In fact they seem to be deliberately designed to keep people off. Interspersed baggage betrays the contents, for they are mostly cooler boxes, packed with all sorts of treats that are either not to be found or prohibitively expensive on the reserves.1 The air is heavy from rancid frying fat. Breaded chicken, french fries and pizza are the only fare on offer and the drinks are disturbingly sweet, artificially coloured and flavoured. No healthy food options here, quite unlike the international terminal that lies only a few hundred metres away. This is not the Canada of glossy brochures and slick ads.

Mostly Filipina workers attend the check-in counter and other airline workers jostle for attention in moderately socially distanced and masked huddles, their chit-chatting interspersed by occasional outbursts of laughter and snickering. The check-in hall is a bustling place. The security guards are both turbaned Sikhs. I make light conversation with both of them and they are thrilled to discover that I have visited Chandigarh, the capital of their Punjab state. They tell me they love their new country and, after a mere 18 months, they have found gainful employment and have begun to carve out a niche for themselves.