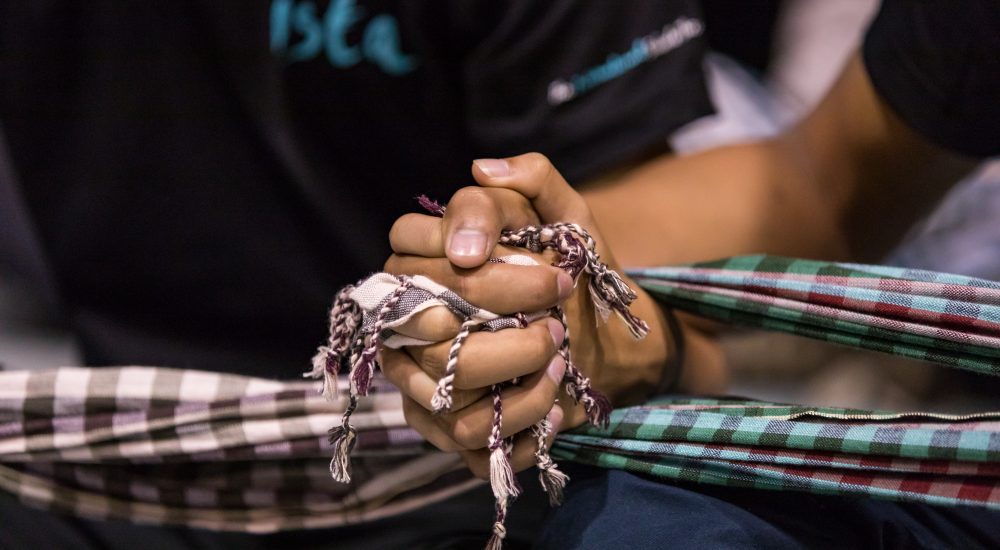 ISTA Connect festivals: Bangkok, Cambodia, India, America, Philippines – to name a few. I want to highlight two of them as standouts because they can act as blueprints for future ‘Connects’.

First, Phnom Penh, Cambodia.
It did everything right to make a complicated yet beautiful idea work: a meaty starting point – the genocide of Pol Pot’s Killing Fields in the 1970s – a strong team of workshop leaders who cared, an outside team of local, disabled artists who joined the ISTA team, a motivated group of high school students who acted as translators for everything 24/7 and a group of students who wanted to be there. Emotionally exhausting, thought provoking and highly creative. Period.

Next, Atlanta, USA.
Again a challenging, no nonsense starting point – modern slavery linked to the American Civil Rights Movement, set in the Civil Rights Museum in downtown Altlanta. The students jumped all over it and continually offered helping hands to the local female students from an Atlanta organisation who deal with human trafficking issues. The starting point meant something to the organisers; it was personal, we could tell. And by the end, it meant something to us too.

I think we have to ask ourselves:

‘What exactly is it that we’re creating here?’
‘Why is it that Connect festivals can touch so deeply?’

Of course an audience sees and feels it at the end but that’s just a bonus. What’s done before is what matters here.

And the ‘before’ is often not much about drama, theatre, the arts, talent or any of that because the non international students who are entering a Connect festival don’t much care about any of that; they don’t know a Brecht from a Beckett, musical theatre from political theatre.