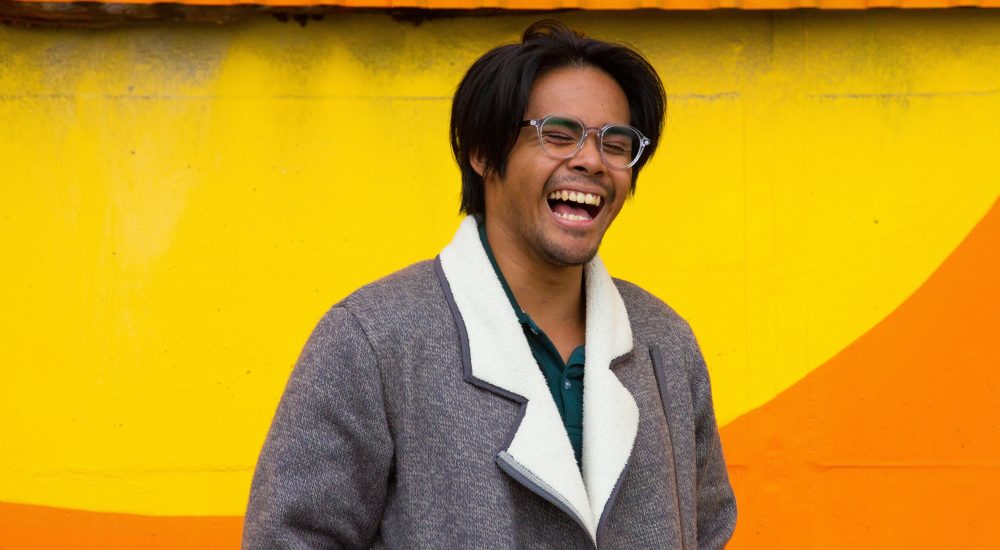 This article was originally published in the Comedy issue of Scene in September 2014.

According to the annals of our family history, the first sound I made when entering this world was not a hearty scream but a bawling belly laugh. Later, I suspected that the reason for this was my philosophical view on the irony of life as a terminal illness but it may rather have been due to the attending nurse preferring a tummy tickle to a bum slap. Over the next few years, through my sodden nappies I began to learn the meaning of humour¹ (from the Greek umour meaning wet and moist referring to the four body fluids whose balance, according to Hippocrates, decides our state of health) and the peek-a-booing² of various aunts and uncles as they appeared and disappeared from my worldview. As I chortled and chuckled through these early years, humour was a positive experience with the knock-knock joke and riddle–de-dee³ periods of my comic development being stimulated by many attentive relatives. Then came school.

My initial encounters with humour in a scholastic setting seemed, on the surface, to be fun. We, as a class, all laughed uproariously together at the teacher’s comments on “the hole in Wee Wullie’s troosers” (even although we all had holes in our trousers) or our group guffawed at the ridicule the baldy heided maister (as we called out teacher … and she did not like that much) showered on Fat Maisie because of her leaky nose (I thought my nose was bleeding but it’snot – she would religiously reply – get it?) So we all belly-laughed together, as a group, out loud, with much energy except … there was a dark side.