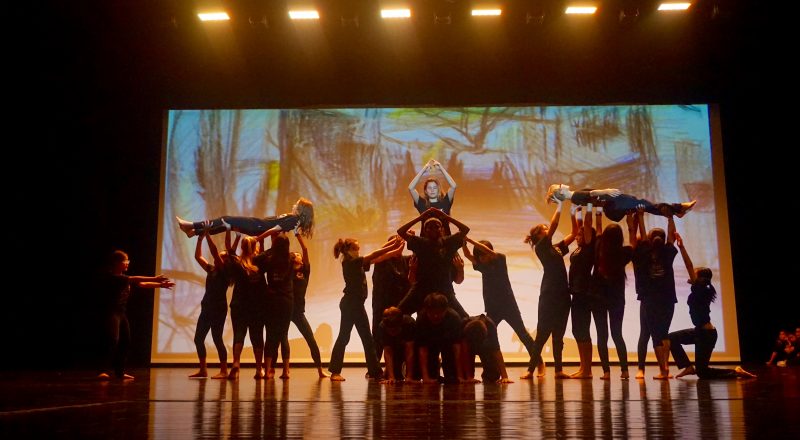 Cast: 6 males (seven in the original) and 2 females (we created a couple of extra female roles) and a large chorus of sisters, cousins, aunts and sailors.

Duration of rehearsal: Our rehearsal period lasted from the end of January through until May – 14 contact weeks from auditions to performance. We rehearsed 3 times a week for 1½ hours.

Process: As there is no copyright we put back in dialogue, a number of the recitatives and a few arias that were cut from the condensed version. A live trio of piano, viola and clarinet/bass clarinet accompanied these additions. We also had to transpose quite a few numbers to fit the students’ voices. We also speeded up some of the orchestrated numbers – luckily with a computer program such as Logic this can be done without affecting the keys. We also made sure every ensemble member had a moment and after establishing a character for every member of the cast the ensemble devised two extra scenes.

Most rewarding aspect: Seeing how the cast and the audience (especially at an international/American school) accepted and enjoyed this 100-year old British world and understood the humour.

Why we chose it: We try and introduce the students to a range of different types of shows – original works, operettas, classic Broadway shows and shows from the Broadway Junior collection – including Disney musicals.