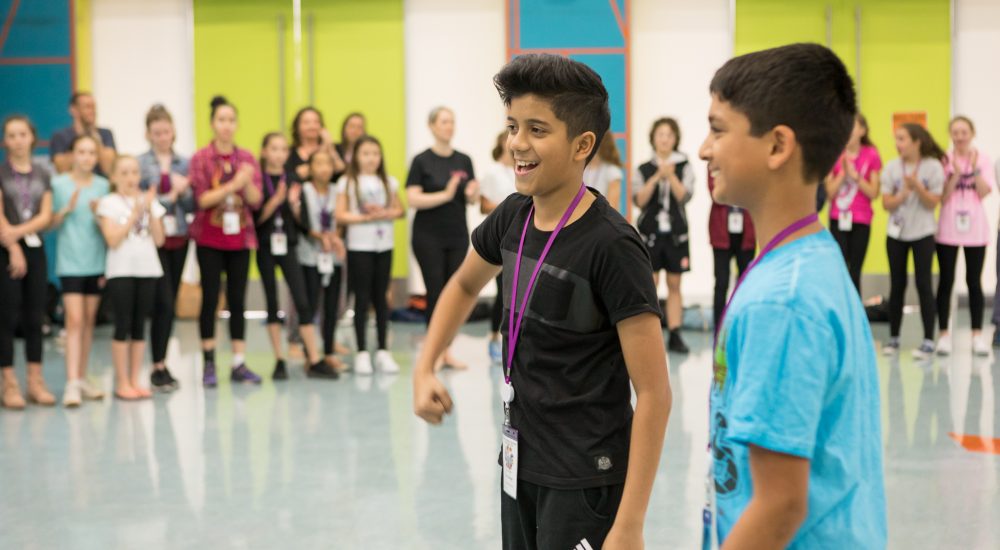 On the day of our final performance, we had around 500 parents, students and school teachers watching us.

GO FOR GOLD by Gawen Robinson and SHAKESPEARE ROCKS! by Steve Titford

Duration of rehearsal: Ten weeks of three meetings a week.