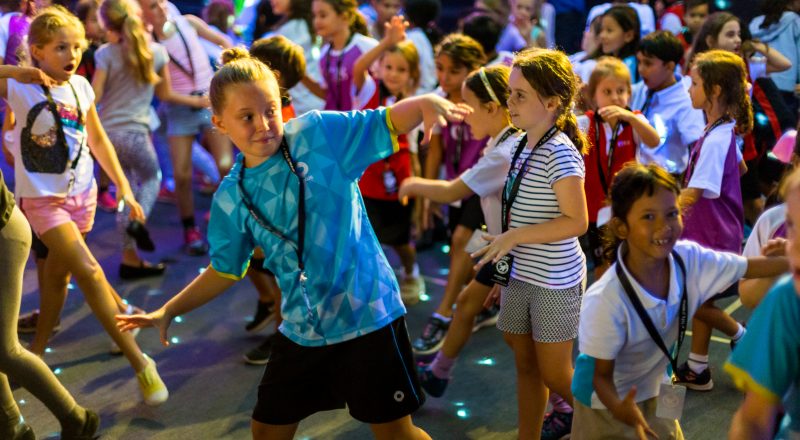 ISTA fans the flames and is a lifeline for us on the ground.

It’s the red blond hair I see first – the warm smile, the dancer’s grace – and the unmistakable laugh that is the ISTA ensemble leader I will be shadowing for the next three days. So I embark upon my Fest Track professional development at the high school ISTA festival hosted by Padraig Downey at the Dubai American Academy in March 2014.

As a middle school drama teacher at the International Community School of Addis Ababa and an avid attender of ISTA festivals since 2004, I was curious to see the devising process first hand with the 14-18 year old age group over an intensive three day period. Would it be similar to eight to twelve regular drama devising classes packed tightly together? Or would there be any elements of the devising process left out, or added in, that make it a uniquely ISTA devising process?

Having attended ISTA festivals with both middle and high school students for the past ten years, as well as hosting one at ICS in Ethiopia, I had also attended a lot of teacher workshops (TW) at festivals, as well as running two TWs myself on improvisation and SCREAM (supporting children’s rights through education, arts and the media). I came away from each ISTA festival inspired by the sheer amount of creativity and polished work packed into 72 hours and recharged by the chance to collaborate with international drama and performance colleagues in a constant exchange of ideas and skills. Included in the TW sessions were ones on the devising process, but in doing the Fest Track, I got to see it up close and personal in a way I couldn’t do in the individual TW sessions.