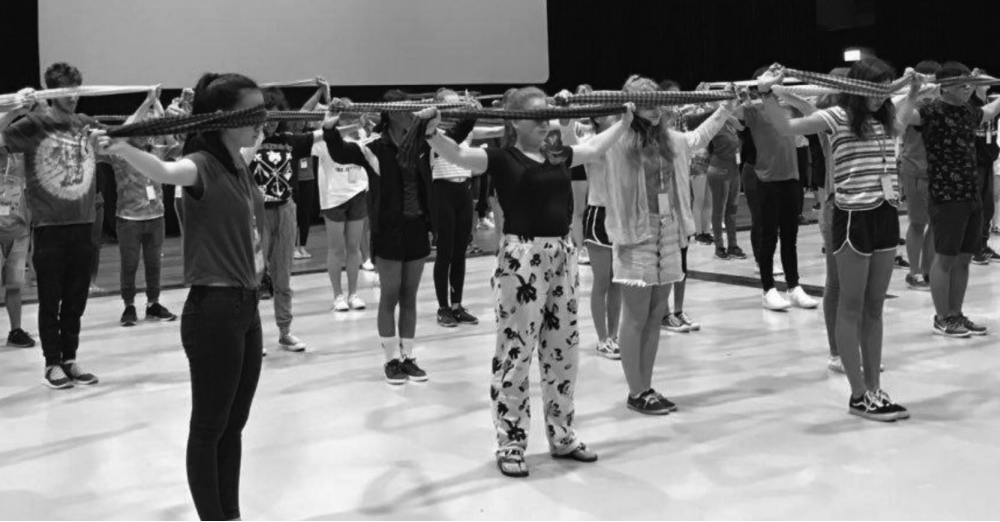 We believe that through creativity we can expand our potential as human beings.

ISTA festivals are always unique and transformative experiences and an opportunity for our Harrow Hong Kong drama pupils to work alongside children from other countries and with world renowned theatre practitioners. During this festival our pupils were fortunate enough to also work with local theatre companies. The starting point of the Phnom Penh festival was Power: past and present with a focus on the Khmer Rouge rule in Cambodia and the powerful message of the quote taken from an audio recording at the Tuoi Sieng Genocide Museum: ‘This is part of the memory of the world, now you are the keeper of the memory’.

Day one
This was our travel day. After a short flight which consisted of plenty of snacks and movie time, we arrived in Cambodia. In the early evening we checked into the Frangipani Living Arts Hotel where all of the schools attending the festival were staying. The evening kicked off with a delicious meal in a nearby restaurant and a quick walk around the local area as we started to get a feel for Phnom Penh. Excitement was building for the first official day of the festival as we took an early night to prepare ourselves for the weekend ahead.

Day two
This was the first day of the festival and we visited our host school, the International School of Phnom Penh and met the other pupils we would be working with. The pupils at the festival were from Dubai, India, Singapore, Kuala Lumpur and local Cambodian schools.