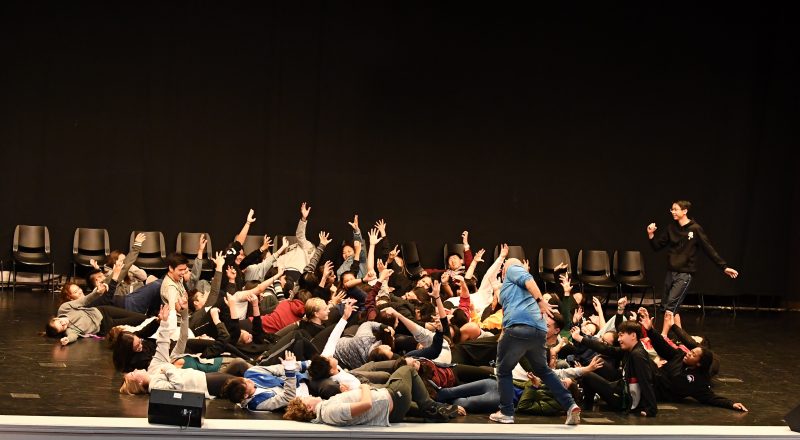 This was truly a whole school community production.

BREAKING GROUND based on school events and the launch of the new building project. The show was to celebrate the school’s 50th year.

Duration of rehearsal: 3 months. We started in September and the show was in December.

Process: I scripted it but a lot came from the students and staff who have been a part of The British School over the years. We devised and conducted questionnaires to get info and used stories from the staff who have been here at the school for many years. The process was often cast and student-led as the show was about the school and its history; we often made changes, developed ideas and even cut out scenes as we were going along. The process was like no other show I had previously directed. Due to the nature of the cast we often had to rehearse sections before trying to place it all together. We also had a lot of dance and a live band so they would rehearse their sections and then we would try and place it all together. We also rehearsed at school but the performance was taking place in a hired auditorium so the challenges of moving it to this space a week before show night were huge and a little stressful.

Most rewarding aspect: This was truly a whole school community production.